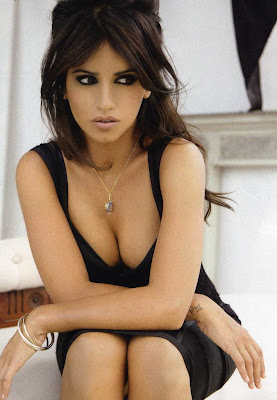 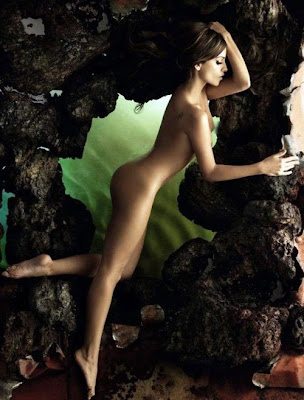 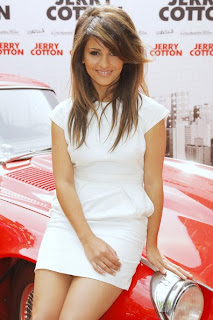 Spanish actress and dancer Mónica Cruz is the youngest sister of actress Penélope Cruz, and their close physical resemblance paid some nice dividends when her sister Penélope was pregnant while filming the upcoming, Pirates of the Caribbean: On Stranger Tides. Towards the latter half of shooting, Penelope’s pregnancy was very apparent, so the filmmakers actually shot her for some close up scenes, while using Mónica as stand-in for certain long distance shots, since she appeared identical to her sister. Nice!
Mónica was part of the Joaquín Cortés’ flamenco dance company for seven years until she left dancing behind to pursue a career as an actress in 2002. After a string of Spanish television shows, Mónica has since appeared in the films Last Hour (2006), The Final Inquiry (2007) and Iron Cross.
The Cruz sisters have also collaborated on their high-end Mango clothing line and posed together for several modeling campaigns.
If the fabled El Dorado actually exists, rather than mere gold, I prefer to believe that it is populated by the likes of Mónica & Penélope Cruz, plus Ana de la Reguera, Salma Hayek, Eva Longoria, Jennifer Lopez, Eva Mendes, Galilea Montijo, Michelle Rodriguez, Roselyn Sanchez, Leonor Varela, Paz Vega, Sofia Vergara and Mayrin Villanueva. All set aside for me and me alone.
That’s my dream, and if I ever manage to locate the mythical hidden city, none of you bozos are getting in. Keep out! A few names on that list have already been featured as “Gal” Friday selections. The rest will be added soon, but this week’s spot is solely set aside for Mónica Cruz. Be still my heart!
Posted by Chuck Wells at 12:55 PM

Oh my God!!! You know what I would do to this girl!!! I would kdfntdsygfwsjhvtgn and then I'd f@ijhdukidfb with a shdgfoyhg with some vgrklohgnrehwes#$ and finally give her a real wmhdichvpasla!!! YUP!

I tend to believe that my faulty vision clears up somewhat under the influence of copious quantities of alcohol and yet even inebriated I noticed that something was lost in translation here.

I do however sense your implied intent, and although I can appreciate your high degree of ardor, I am holding onto the romantic hope that young Ms. Cruz may yet consent to marry me; so I will grudgingly let this one pass.