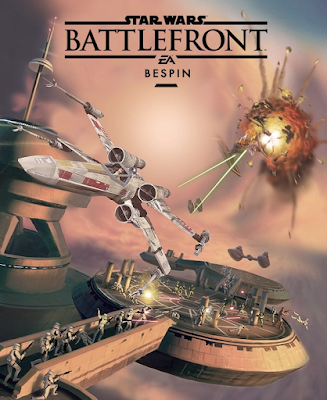 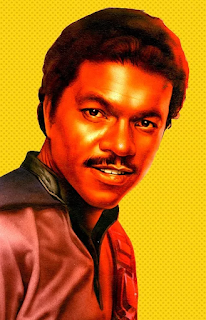 On June 21st the second major dlc for Star Wars: Battlefront drops two weeks early for season pass holders, like yours truly. Bespin will take the battle to Cloud City from The Empire Strikes Back and also adds the rogue Lando Calrissian and the bounty hunter Dengar as new playable characters; plus another assortment of new weapons, vehicles, star cards, etc.

I've enjoyed playing this game and am curious to see how far this update will raise the current level cap, sitting at 60 for the moment. It will also be fun seeing stormtroopers get blasted off into the abyss, if I'm truly being honest. And it is about time to get back into the game, so don't look for me early next week. My non-work hours will be spent in a galaxy far, far away!!
Posted by Chuck Wells at 11:02 AM