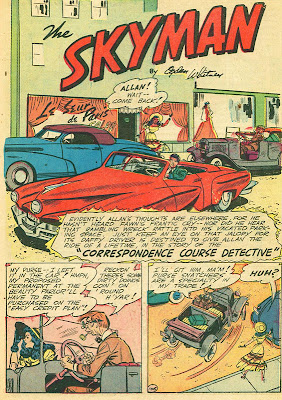 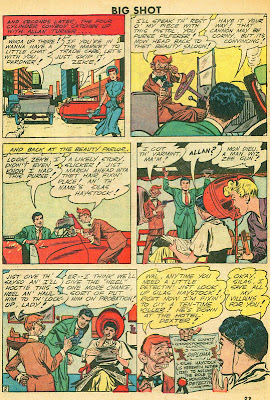 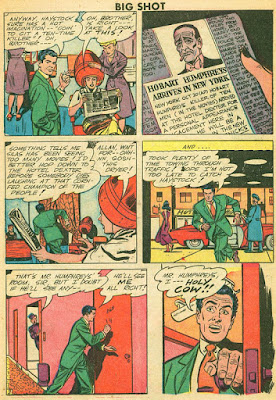 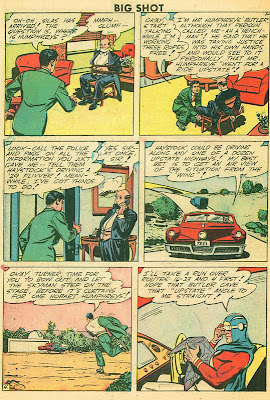 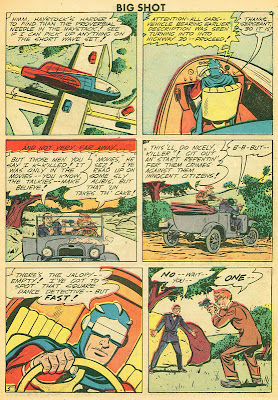 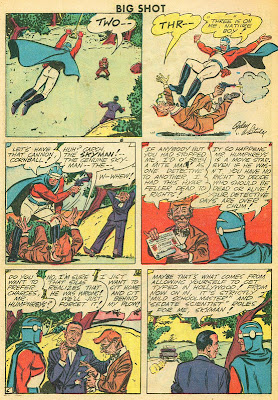 All right! First post of the new year, so let's get this party started. Skyman was Allen Turner, who was raised by his uncle to become "outstanding in mind and body." A brilliant scientist, he had no superpowers but did have a flying wing-shaped airplane, dubbed "The Wing", that flew by the power of Earth's magnetic poles. With this and money inherited from his late uncle's will, he fought crime. The character was created by writer Gardner Fox and artist Ogden Whitney, who also draws today's excellent story titled "Correspondence Course Detective" from Big Shot #99 (Mar.1949); originally published by Columbia. Happy New Year and Enjoy!
Posted by Chuck Wells at 9:53 AM