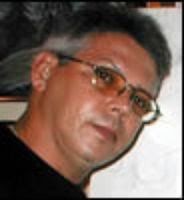 It's not a dream, not a hoax, not an imaginary story: Brazil-based "good girl artist" Al Rio has passed away this morning, 01/31/12, an apparent suicide by hanging.

Al Rio, born Alvaro Araújo Lourenço do Rio on 05/19/62, was raised in Fortaleza, in the northeast of Brazil. Al began his career in Rio de Janeiro, Brazil, as an artist in the early '90s, illustrating books for a local English School.

After working as animation director at this same company, Al became an animator in Brazil for Disney, working on such properties as the syndicated Aladdin animated series.

Upon joining the comics-centric international art agency Glass House Graphics in the mid-'90s, Al began working for DC Comics, though his "big break" came from succeeding J. Scott Campbell on Wildstorm's Gen 13. From there, Al, best known for his versatility and his ability of drawing some of the sexiest women in comics, went on to draw for Marvel, Vertigo Press, Dark Horse, Chaos! Comics, Avatar Press, Crossgen, Zenescope, Image, and more -- drawing titles such as his own series Exposure, as well as Captain America, DV8, Voodoo, Purgatori, Lady Death, X-Men, New Mutants, Spider-Man, Vampirella, and Star Wars, among many others.

At the time of his death, Al Rio was nearing completion of Fever Moon, a graphic novel for Random House (Del Rey), written by best-selling authors Karen Marie Moning and David Lawrence, for release this summer.

His Exposure property, which Al proudly claimed was "the sexiest supernatural story ever," has recently been serialized on exposure.keenspot.com, and a campaign for a hardcover collection of Exposure was launched days ago on http://www.kickstarter.com/projects/323292623/exposure-volume-one?ref=live. (Contributions beyond printing/production costs will be donated to Al Rio's family.)

A major fan of science-fiction, he working on a book collecting all the aliens, spaceships, alien worlds and all sci-fi material he has created over the years; Al was also in the midst of creating two more books -- Al Rio's How To Draw Girls and a definitive coffee table book of his paintings, illustrations and sketches, The Sexy Art of Al Rio.

Al leaves behind three children: Rene, Adrielle, and Isabel, and his wife Zilda. His funeral will be held on Wednesday, February 1st, on Cemitério São João Batista, in Fortaleza, Brazil.

"Few could draw as well, adapting to so many styles so effortlessly, as Al Rio," said David Campiti, his agent of many years. "We'd gotten together several weeks ago and were working hard on his projects, so news of his death came as quite s shock. He was a long-time friend whose art was a great joy to me and even inspired my wife's drawing career. Generous and humble, he'll be deeply missed."

Contributions may be made to his family on his behalf through supporting the Kickstarter campaign, and condolences may be sent to his family through terry@alrioart.com and David@glasshousegraphics.com.

Tragic leaving three children behind. I"m not familiar with his work, but it is a loss.