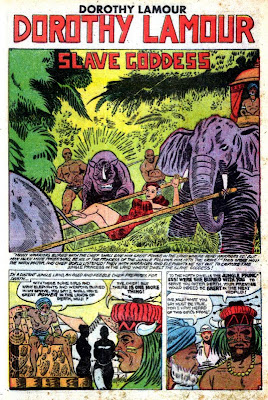 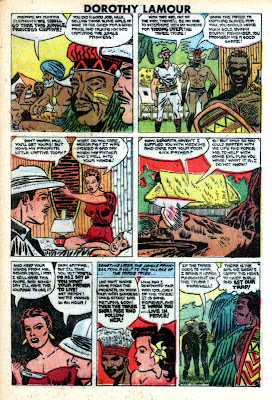 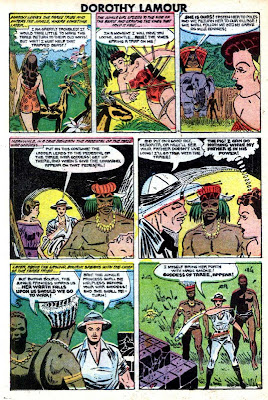 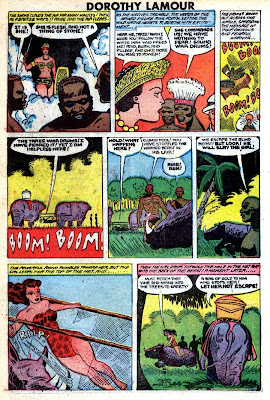 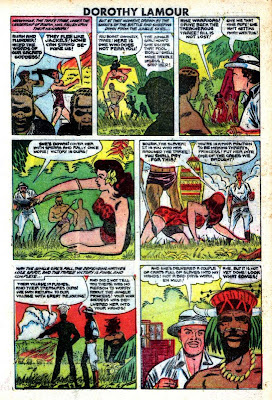 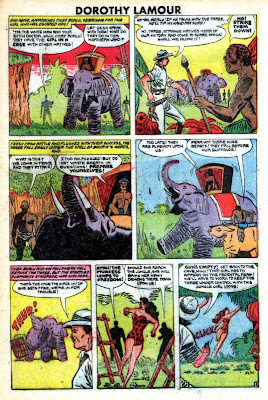 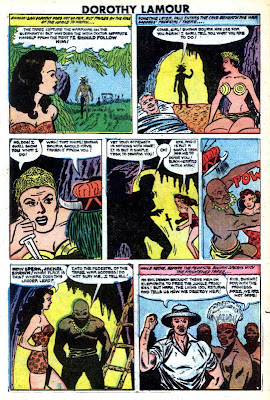 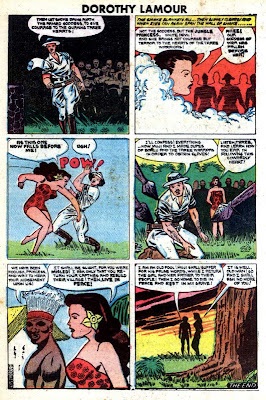 Actress Dorothy Lamour is best remembered for appearing in a series of successful comedies starring Bing Crosby and Bob Hope that were enormously popular during the 1940s, however the role that originally made her a star was “Ulah” (a sort of female Tarzan) in The Jungle Princess (1936), where she first wore the sarong which would become so associated with her. She also had a brief print run of 2-3 issues during the golden age in "Dorothy Lamour, Jungle Princess Comics" dedicated to her movie Jungle Princess persona (featuring screen shots from past movies for the covers). Today’s story is a curiosity called “Dorothy Lamour, Slave Goddess” from Red Circle Comics #4 (Apr.1945); originally published by Rural Home. Contents of this comic vary as the same cover was placed on remaindered and otherwise undistributed comics, including Secret Mysteries #18 (Merit, 1954 series), an issue of Sabu "Elephant Boy" (Fox, 1950 series), and a previously unpublished issue of Dorothy Lamour; Jungle Princess (Fox, 1950 series); so there is no creator information listed for this nice story. The Catacombs is grateful to Don "Zu-Gogo" Falkos for providing the scans for this story. Note: The copyright for this issue, its contents and artwork belongs to the original publisher and/or the creators and is reproduced here solely for entertainment purposes. Enjoy!
Posted by Chuck Wells at 1:40 PM

Looks a lot like the work of Pete Morisi to me.

PAM gets a credit then, until somebody disputes it!