Some serious family drama tail-gunned me making any additional posts this week, as my youngest daughters impending wedding went the way of the dodo, a mere month before the nuptials could actually get under way. C'est la vie! 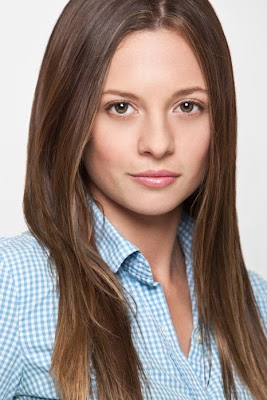 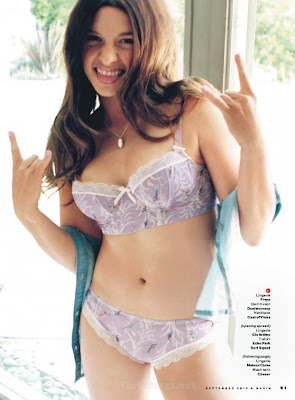 I didn't want to skip this weeks "gal" Friday, since I always support hometown hotties and all three of my kids watched this young lady grow up on TV. Let's just say that things have changed! Mackenzie Rosman is best known for her role as Ruthie Camden on the long-running television series 7th Heaven. Outside of acting Rosman enjoys animals, especially horses, of which she owns many. She is a competitive equestrian show jumper and rides in jumping competitions using her personal horse, Mentos Junior. She is originally from my home state, having been born in  and I just love how she won her role as “Ruthie,” by personally greeting each person in the room by a handshake during her audition. That's so Southern! She is an active supporter of fundraising for the Cystic Fibrosis Foundation and wishes to educate the public about the need for organ donation. Mackenzie's stepsister, Katelyn Salmont (she had also played a recurring role on 7th Heaven), lived with Cystic fibrosis until passing away from complications in 2008. As you can see by the photos, "Little Ruthie" is now all grown up at the age of twenty-three, having just appeared in a lingerie-clad [by the way, "WOW!"] photo spread for Maxim magazine. Check it out!
Posted by Chuck Wells at 11:07 AM

I'm sorry that things have no gone better for your daughter.

I don't think that I want to see Ruthie in lingerie. (Christ, I am so d_mn'd old.)

That's sorta why I went with the more "fun" photo of the ones featured in the mag, Daniel. Something about seeing a young girl sprawled in provocative poses, whose program comprised prime-time family TV viewing for many years with my three children. leaves me writhing somewhat as well (and not in a good way).