"Gal" Friday! The Women of Kick-Ass 2 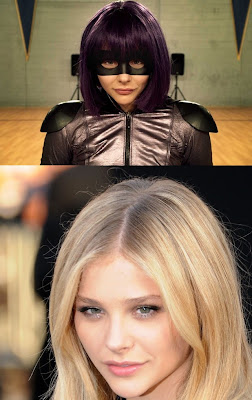 If you enjoyed the 2010 film Kick-Ass, then you'll probably not be too disappointed with the sequel Kick-Ass 2. Jim Carrey and John Leguizamo are really good in their supporting roles, adding lots of heart to the overall story. However, let's face it, if you're a fan of the earlier movie, then Hit-Girl WAS the real star of the show. Chloe Grace Moretz reprises her wonderful "ass-kicking" role, and you can basically forget the titular star, whose name escapes me (which is about as much of an impression as he made ... again). This time two other women grab a bit of the limelight as well. Lindy Booth portrays "Night-Bitch", one of an army of superheroes inspired by the exploits of Kick-Ass himself. She is a deliciously sweet woman. Bodybuilder Olga Kurkulina is also fearsome as "Mother Russia" on the opposite side of the table as a primary villain (and the only one of note, besides the rechristened "Motherfucker" aka Red Mist). Kurkulina dolls up quite nicely in the real world, and she has been photographed in the buff, so fetish types should google those if you wanna see a different side of this bad girl (I'm not featuring those photos just so you have to do an extra bit of surfing). All three "gals" are officially inducted into the Catabombs as this weeks pick! 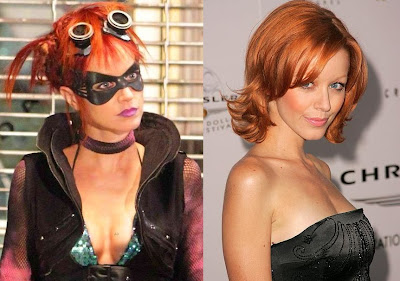 Hey there! Someone in my Facebook group shared this
site with us so I came to look it over. I'm definitely loving
the information. I'm bookmarking and will be tweeting this to my
followers! Terrific blog and terrific style and design.

Wow, this piece of writing is fastidious, my younger sister is analyzing these things, thus I am going to
let know her.