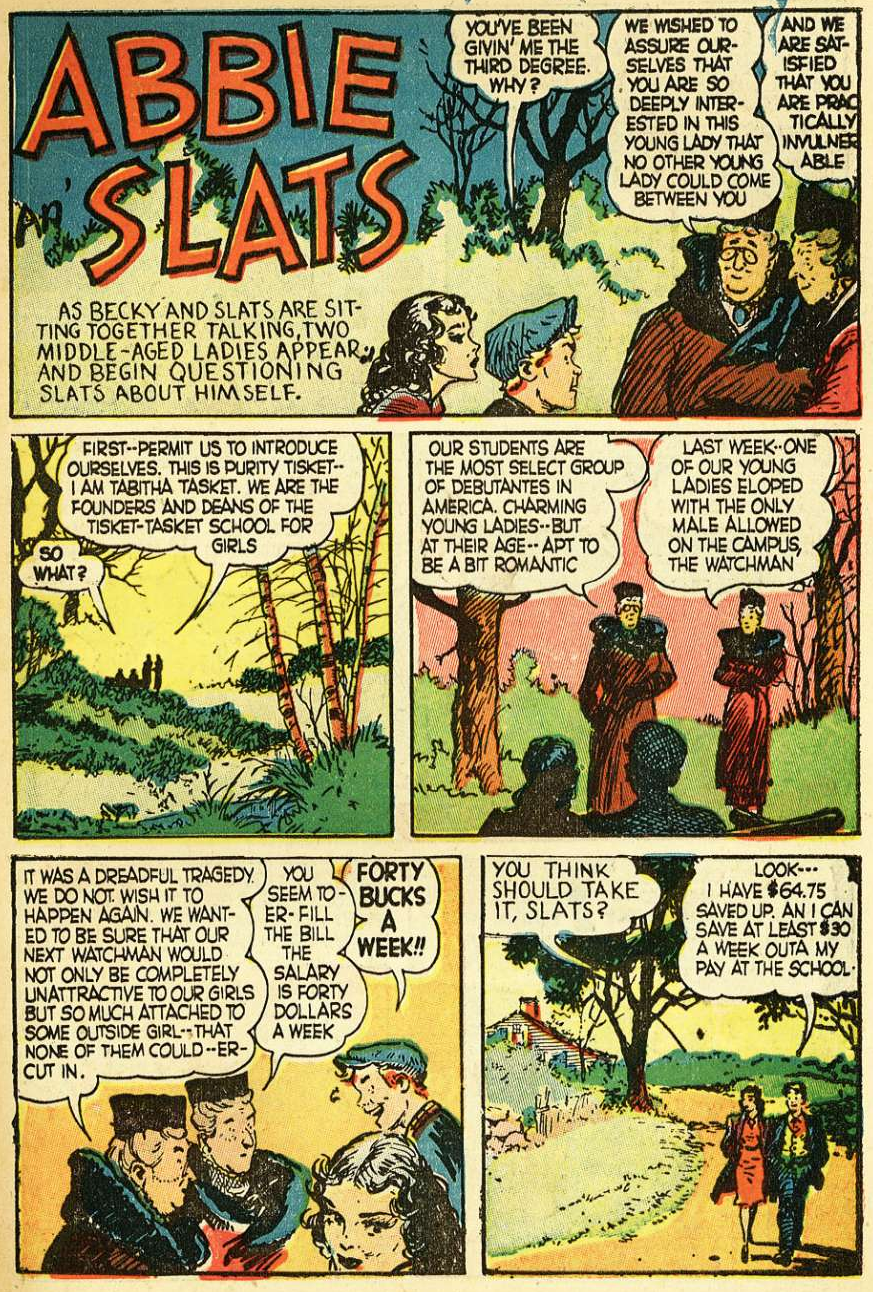 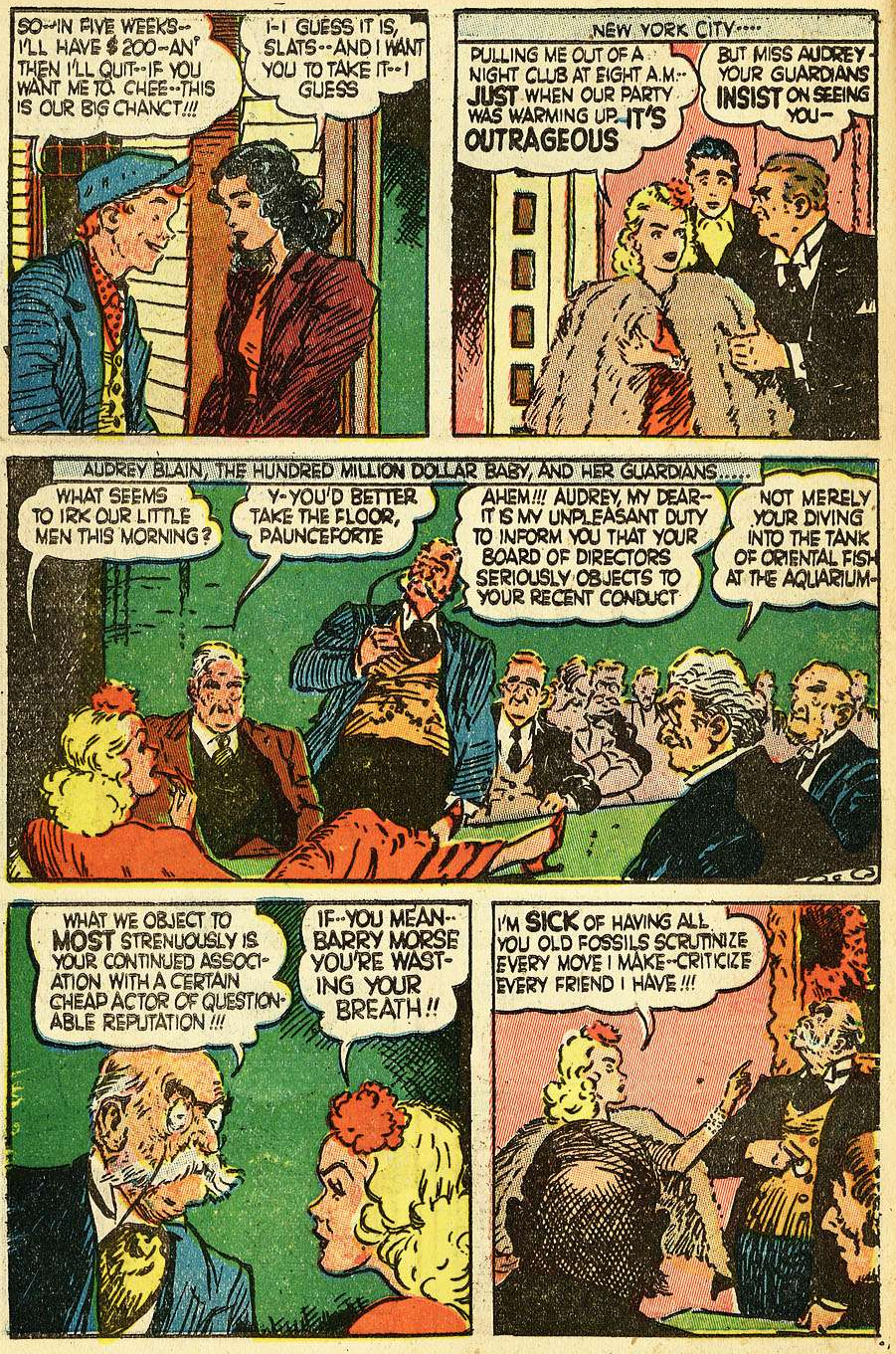 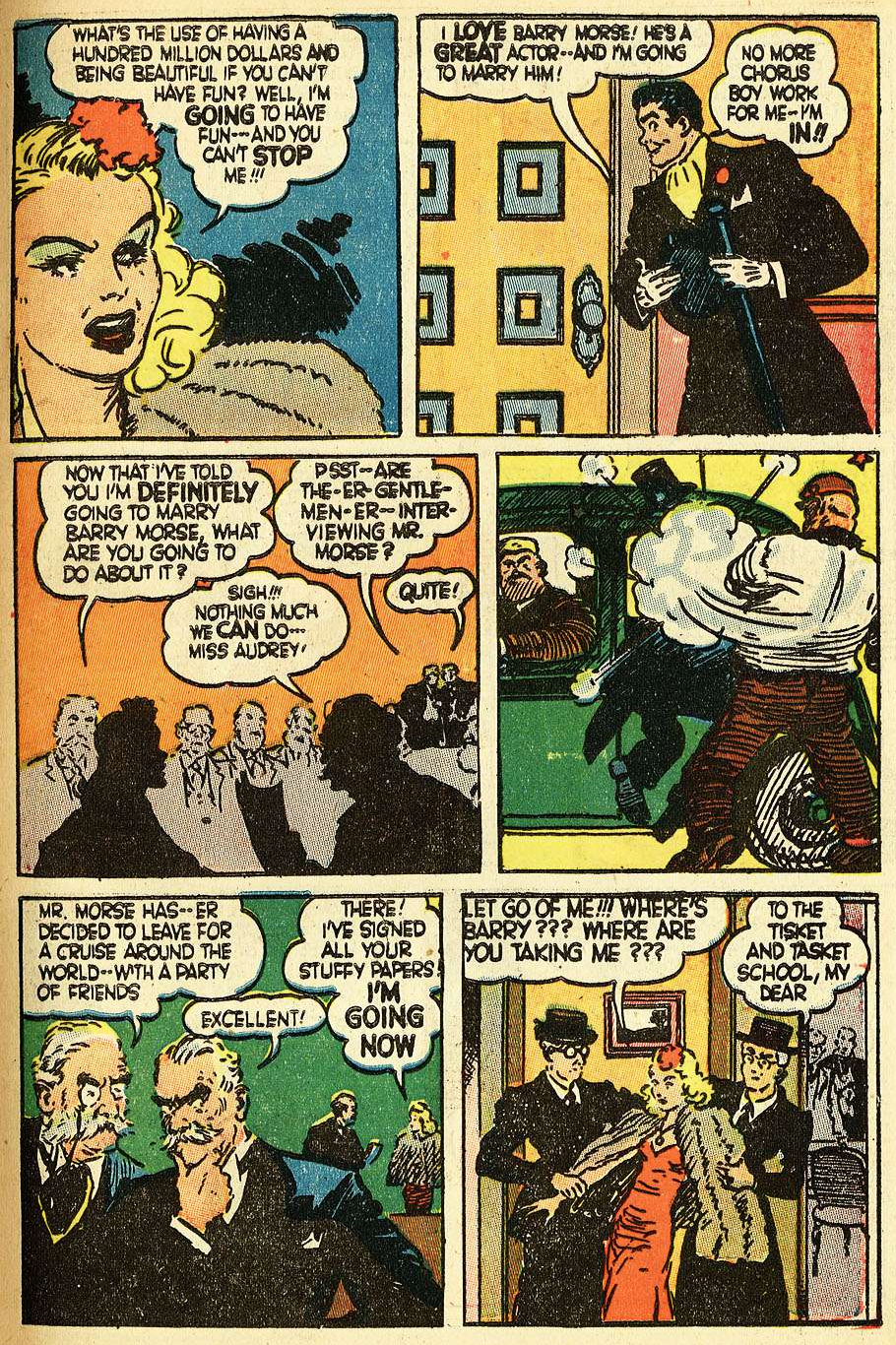 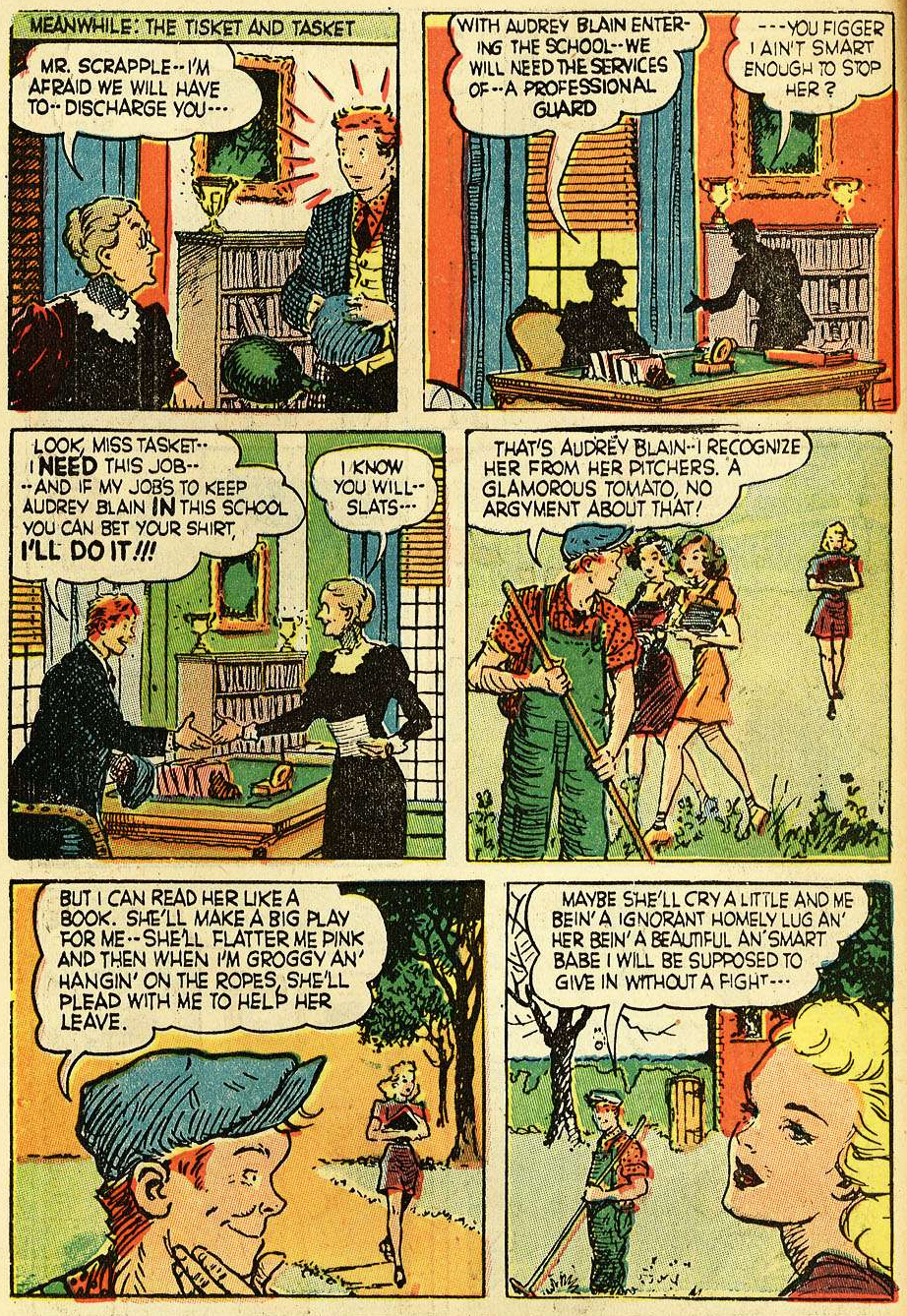 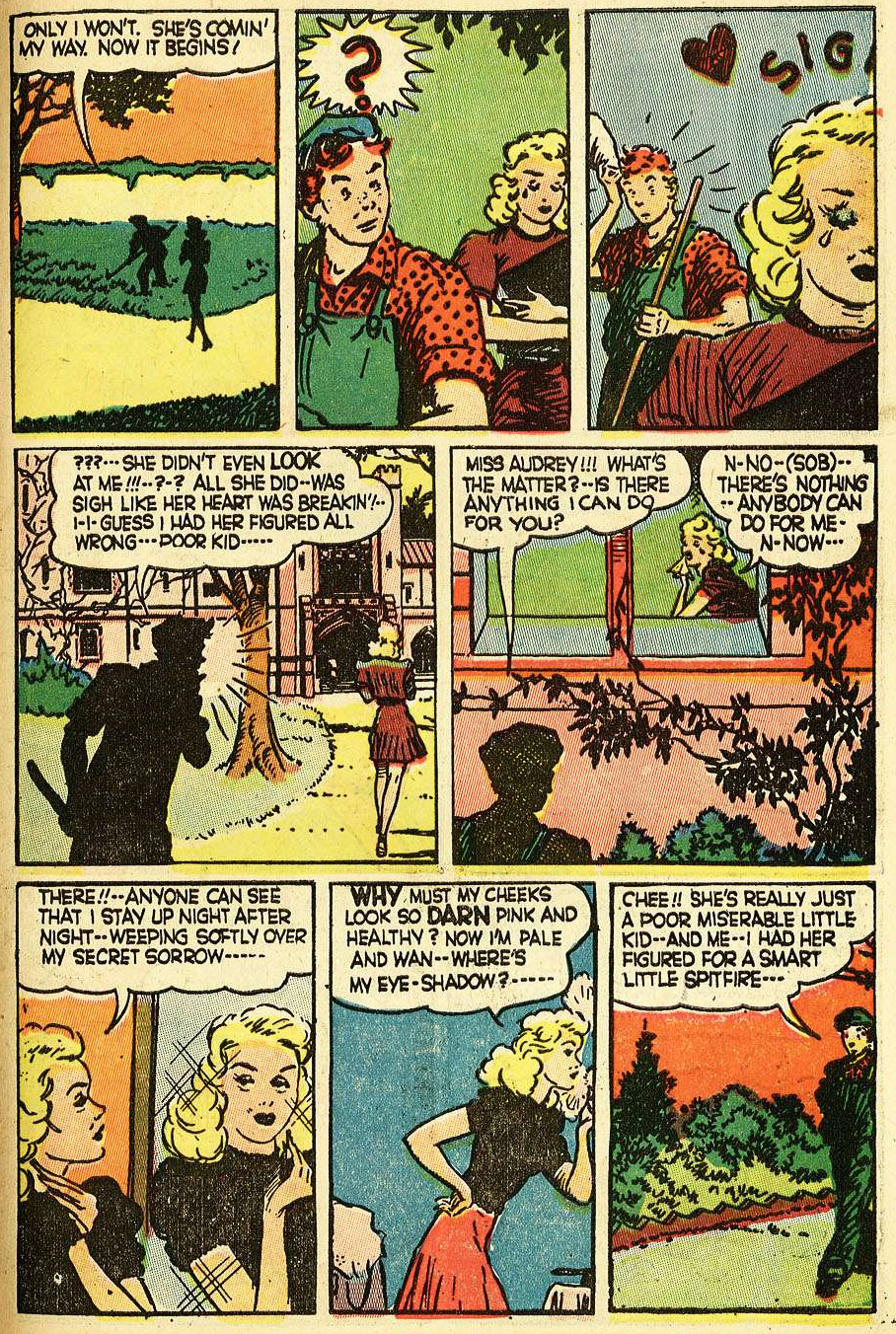 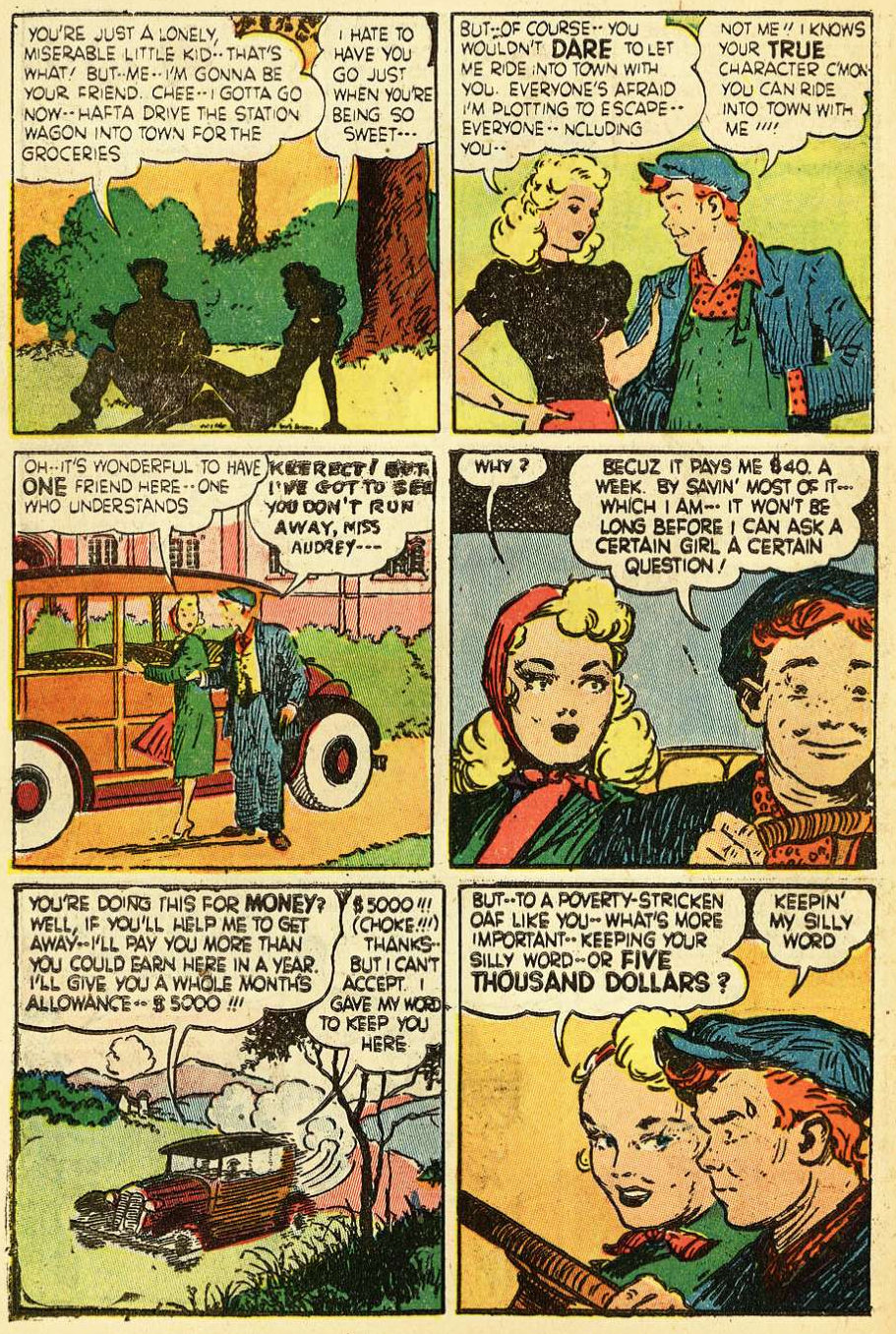 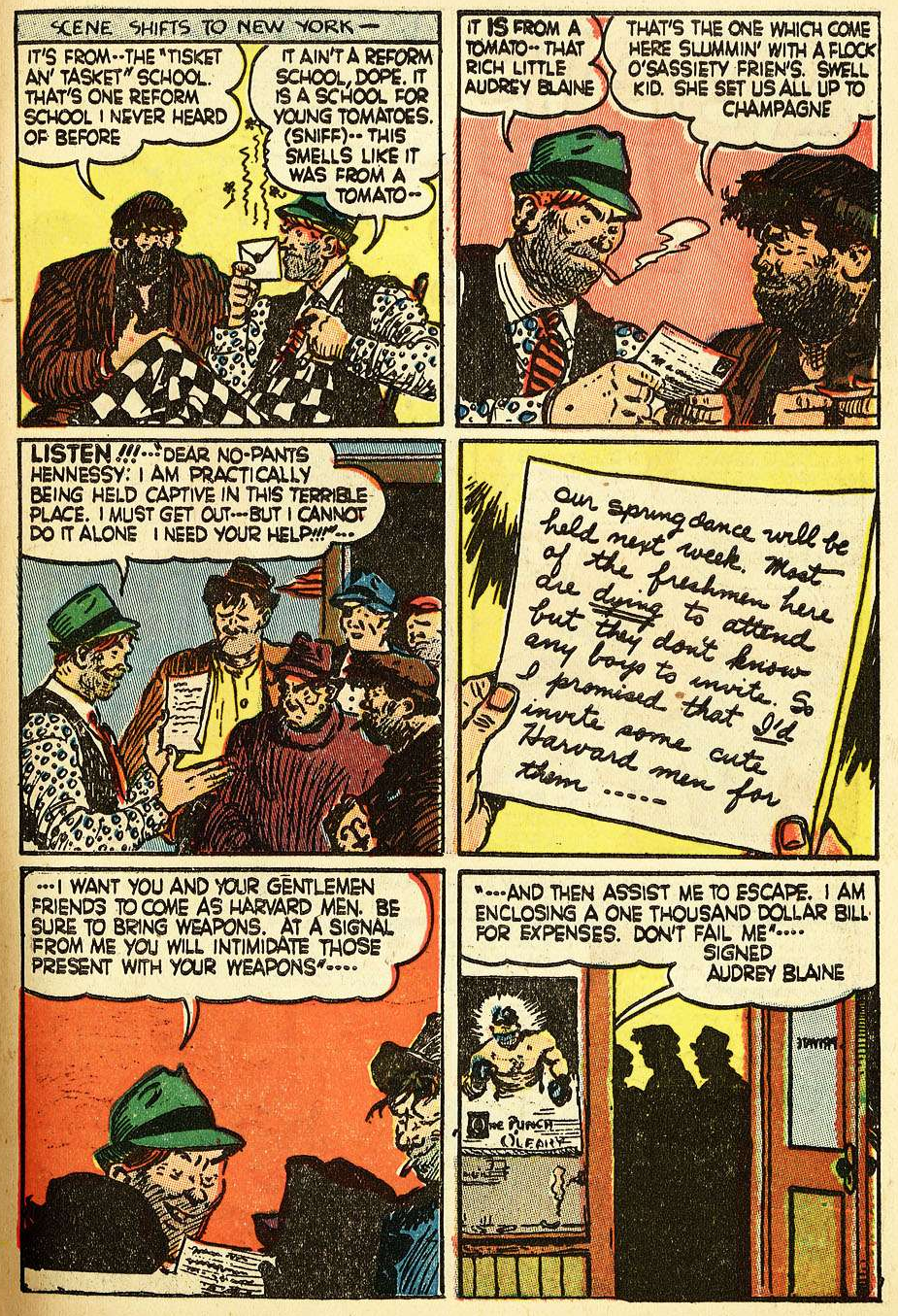 The annual Heroes Convention begins later this very week in Charlotte, so you're getting a free week of comics which begins with a totally arbitrary choice starring Abbie an' Slats from A Treasury of Comics #4 (Sept.1947); originally published by St. John. Street-wise Aubrey Eustace Scrapple, aka Slats, recently orphaned in New York. Arriving by train in a small town of Crabtree Corners, where he was met by his older cousin, the spinster Abigail Scrapple, aka Abbie. Slats joined the household that also included Abbie's sister, the prim and proper Sally. Slats made an enemy of skinflint Jasper Hagstone when he drove into Hagstone's limousine while trying to avoid running over a dog. However, Hagstone's daughter, Judy, became the object of Slats's affection. Later, Becky Groggins became Slats's sweetheart. Becky's father, J. Pierpont "Bathless" Groggins, eventually became the central character of the popular Sunday newspaper strip (from which this is serialized). This chapter was likely written by original co-creator Al Capp [“who knows”], but it for darn certain was illustrated by Raeburn Van Buren. The Catacombs acknowledges "Comic Book Plus" as the source of this classic comic story. Note: The copyright for this issue, its contents and artwork belongs to the original publishers and/or the creators and is reproduced here solely for entertainment purposes. Enjoy!
Posted by Chuck Wells at 2:29 PM