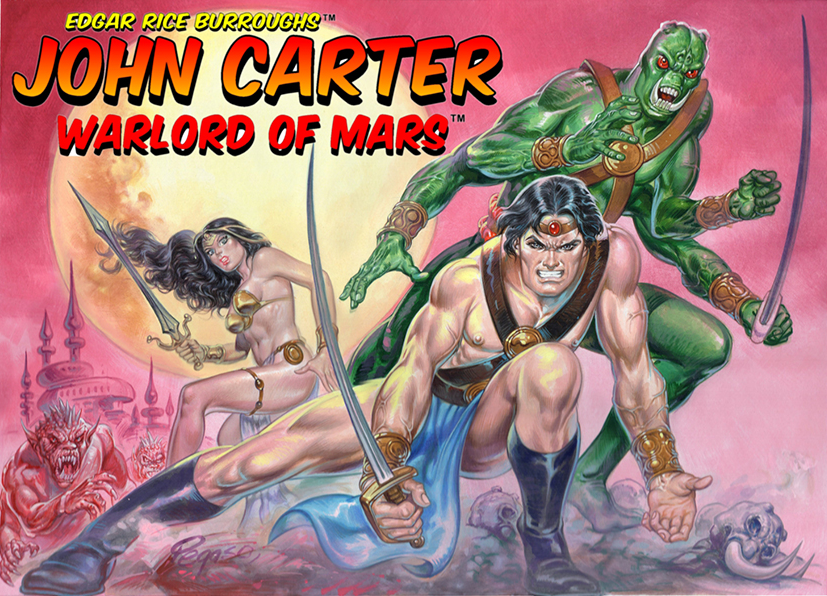 
“I've been a fan of the writings and concepts of Edgar Rice Burroughs ever since I first discovered most of his works at the Jackson, Missouri public library when I was 8 or 10. Tarzan and John Carter of Mars were always my favorites. In later years, I realized how much both – and, to my mind, John Carter in particular – had contributed to the comic book super-heroes that became first my childhood passion, then – weirdly – my life's work,” said author Roy Thomas. “I can't think of a better way to live out the rest of my life (and my family is generally rather long-lived) adapting and continuing the worlds of Edgar Rice Burroughs. And Pegaso is helping to bring it all alive!” 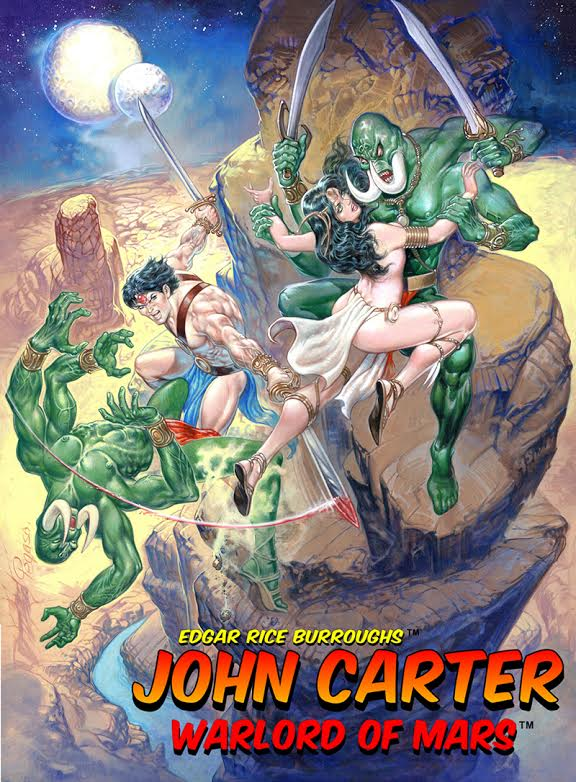 The character of John Carter has captivated audiences since 1912, when he debuted in Edgar Rice Burroughs’ first novel, serialized as Under the Moons of Mars and later published as a complete novel, A Princess of Mars. Since then, his adventures have been chronicled in subsequent novels, a newspaper comic strip by the author’s son, John Coleman Burroughs, and a variety of comic book series published over the years by Dell, Gold Key, DC Comics, Marvel, and Dark Horse. As many literary and cultural scholars attest, John Carter served as the template for a litany of adventure heroes that followed, from Flash Gordon, Buck Rogers and Superman to the Jedi knights of Stars Wars and, more recently, Avatar.


This digital initiative comes on the heels of the reacquisition by Edgar Rice Burroughs, Inc. of comic book and comic strip rights that had been held by Walt Disney Pictures and its Marvel Entertainment subsidiary. And the company is pleased to announce a brand new license with Dynamite Entertainment which will return the original "John Carter Warlord of Mars" to comic books! Dynamite will also republish other John Carter assets, going back as far as the early 1940s comic strips by John Coleman Burroughs, the son of Edgar Rice Burroughs.


“Over the years, the exploits of John Carter of Mars have been presented by a who’s who of comic book greats, including Gil Kane, Marv Wolfman, Murphy Anderson, Joe Jusko, Carmine Infantino, Dave Cockrum, Rudy Nebres, Jesse Marsh, Gaylord Du Bois, Bruce Jones and Bret Blevins,” said James Sullos, President of Edgar Rice Burroughs, Inc. “We’re proud to be able to add Roy Thomas and Pegaso to this distinguished heritage and, like so many fans, we can’t wait to see what adventures they have in store for us.”


As with all the series featured at edgarriceburroughs.com/comics, the first four episodes of “John Carter Warlord of Mars” will be made available at no charge. Fans can then gain unlimited access to the entire site and all the strips from the very beginning for only $1.99 per month or $21.99 per year. 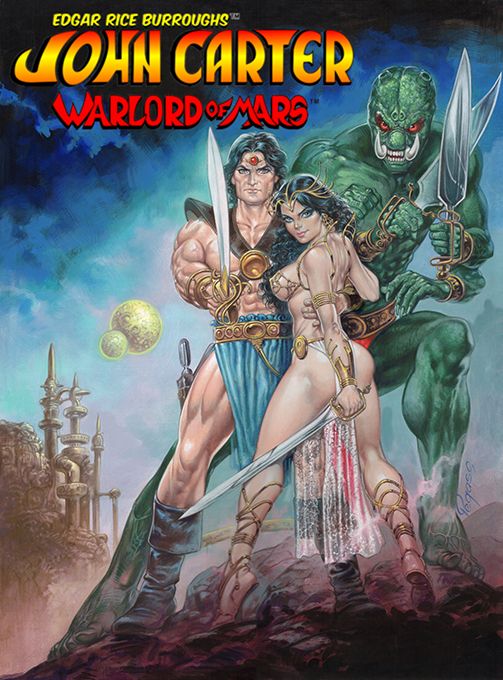