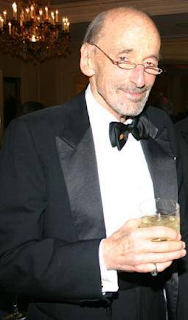 Mell Lazarus, creator of the comic strip Momma, passed away at the age of 89 on May 24, 2016. Lazarus grew up in New York and like many of his golden age peers started his career as a cartoonist while still in his teens. He worked for Li’l Abner creator Al Capp and also for Toby Press (which was managed by Capp’s brother), he later turned his experiences in book publishing into a novel, The Boss Is Crazy, Too. He launched Miss Peach in 1957 (which ran until 2002); he later began Momma in 1970 and it is still running, although with different creators.


Lazarus won the National Cartoonists Society's award for Newspaper Strip, Humor, in 1973 and 1979, both times for Miss Peach. On January 23, 2016, Lazarus became the second recipient of that organizations Medal of Honor, established just last year. He previously won the Reuben Award for Outstanding Cartoonist of the Year, for Miss Peach, in 1981, and later that organization's Silver T-Square Award in 2000. The Catacombs extends its condolences to his family, friends and fans.