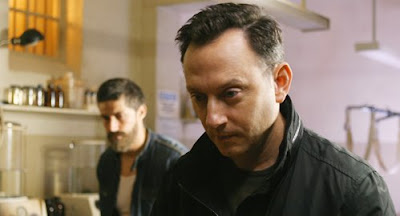 Fans of ABC television series, "Lost" were treated to a remarkable two-part season opener last night that left no doubt that this is going to be a bang-up year for the show.
The first hour titled "Because You Left", confirmed (for those folks who still needed to hear it) that time travel capability is definitely a part of the islands many mysteries. All of the cast members were utilized to fine effect and the return of the "Oceanic 6" to "Lost" Island may happen sooner than expected.
The second hour titled "The Lie", scaled back somewhat on several cast members, but fans were rewarded by two unexpected cameo appearances that were just to die for. If these guests stars participation was leaked or spoiled, then thank god that I managed to miss out on that info in advance, because when they showed up - it was much more effective not knowing about it.
Needless to say, the rescued survivors have not found themselves better off for having gotten off of the island, and those that were left behind are seriously imperiled at the moment - or at several different moments - if you get my drift. [Hint; time travel really can be a bitch!]
With both Battlestar: Galactica and Lost back on the air, January is shaping up to be a very good month.
Posted by Chuck Wells at 9:26 AM

I agree! Lost was incredible last night. I love they way we were tossed right back into the thick of things. The reveals, the action, the even-more-questions that we're left with. Yep, it's good to be a Lost fan!