Camilla in "The Palace of the Black Heart" (Fiction House;1941) 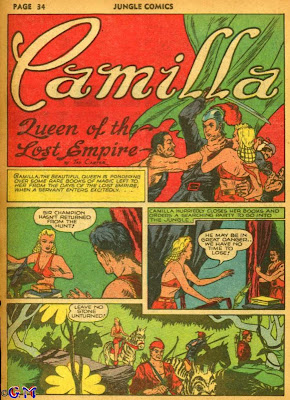 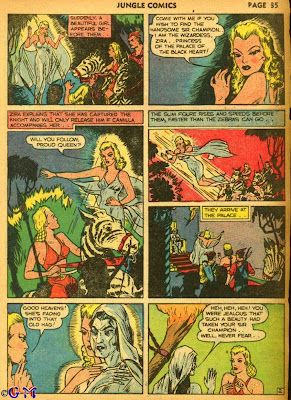 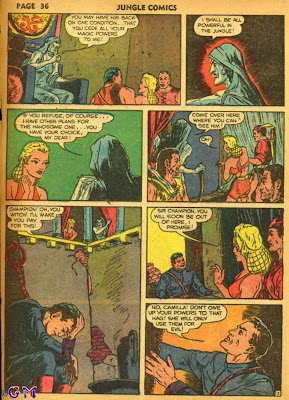 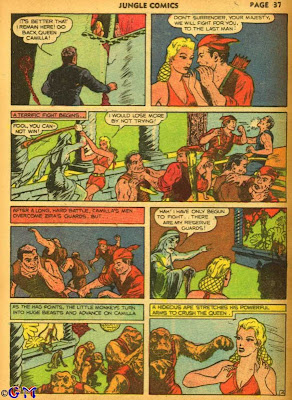 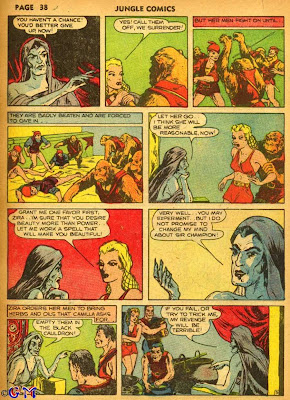 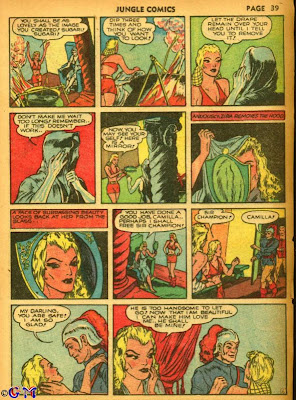 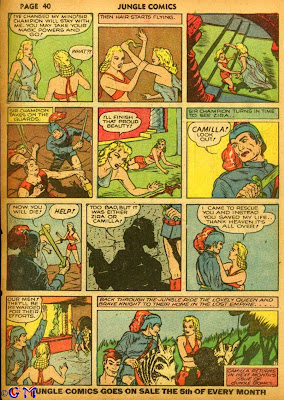 Long before she started traipsing around the jungle in a zebra-striped bikini, Camilla was the erstwhile “Queen of the Lost Empire” (a knock-off of novelist H. Rider Haggard's 19th century Ayesha, aka "She"); which consisted of a kingdom of former Vikings, who had supposedly gotten lost on their way to the Crusades[?]. Despite this reversal (one among several throughout her features golden age heyday), Camilla enjoyed a long run in Jungle Comics. She was introduced in the titles first issue (Jan.1940) and continued until the final issue (Summer; 1954). The artwork on this previously untitled Fiction House story from Jungle Comics #13 (Jan. 1941), which I’ve christened “The Palace of the Black Heart”, is by Robert Webb and David Heames, the writer is identified as Tad Carter. I have just about all of the Camilla stories, and since the artwork gets progressively better as the feature continues, I’m going to briefly increase the frequency of her appearances in the Catacombs. This will bleed off most of her early Empire-period pieces and allow us to get into the bulk of her jungle girl phase. The Catacombs is grateful to Don "Zu-Gogo" Falkos for providing the scans for this story. Note: The copyright for this issue, its contents and artwork belongs to the original publisher and/or creators and is reproduced here solely for entertainment purposes. Enjoy!
Posted by Chuck Wells at 1:23 PM