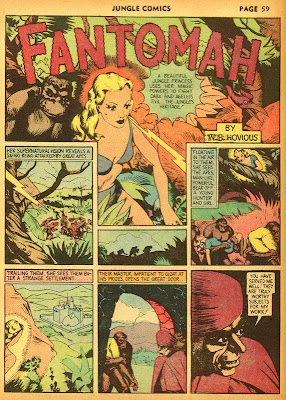 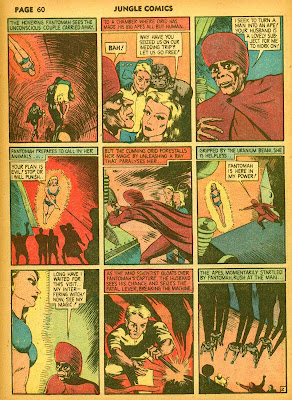 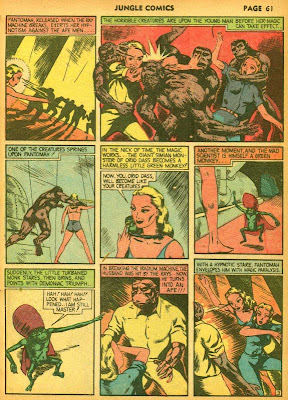 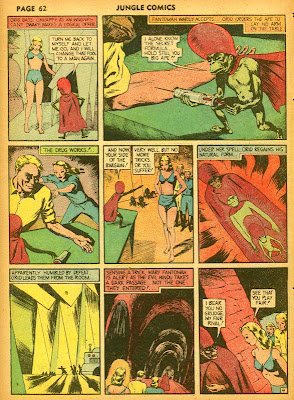 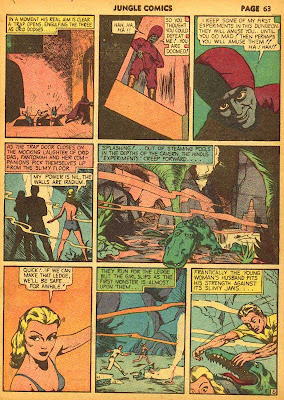 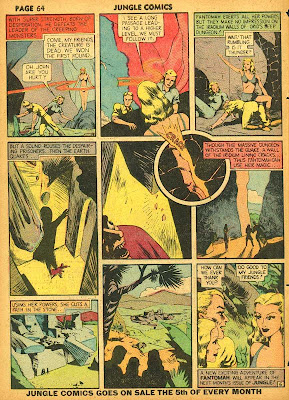 Although she began her golden age career as a super-powered, fright-visaged "Mystery Woman of the Jungle" illustrated by Fletcher Hanks, Fantomah later changed her appellation to "Daughter of the Pharaohs." In between those vastly differing roles, she starred for a time as a garden variety jungle girl (albeit with lingering supernatural elements) in tales like today's previously untitled adventure that I've dubbed "The Turbaned Monkey" from Jungle Comics #16 (Apr.1941); originally published by Fiction House and illustrated by Robert Pious. This wild story features transformed ape-men, plus a vengeful sorcerer and other peculiar perils. The Catacombs is grateful to Don "Zu-Gogo" Falkos for providing the scans for this story. Note: The copyright for this issue, its contents and artwork belongs to the original publisher and/or creators, and is reproduced here solely for entertainment purposes. Enjoy!
Posted by Chuck Wells at 10:50 AM