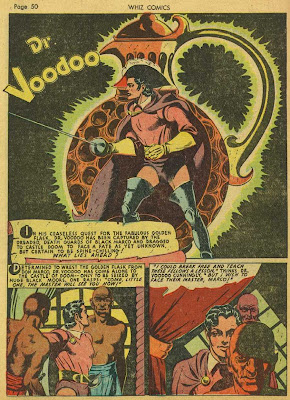 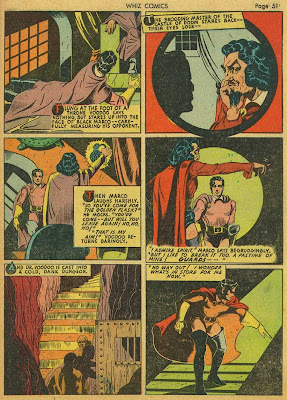 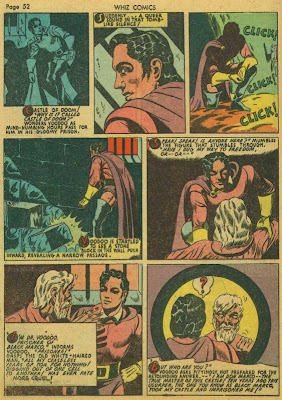 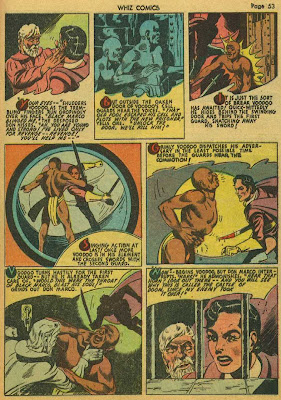 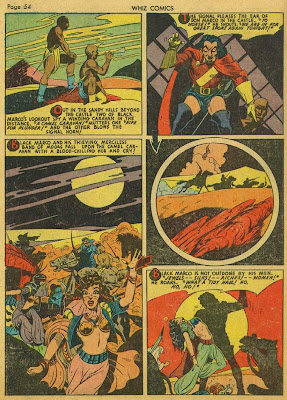 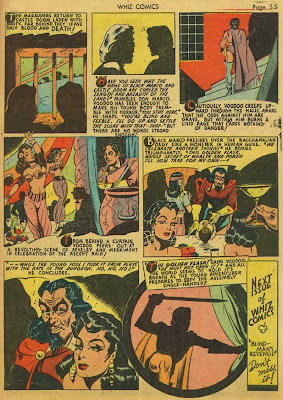 In the jungles of , Dr. Hal Carey's parents gave their lives tending to the natives of a tribe called the Blancas (because they were “white Indians“), and raised their son Hal to take over for them after they died. Shortly after this happened, Hal (later christened Dr. Voodoo) became the leader of the tribe. Dr. Voodoo's adventures were like those of Prince Valiant, only set in a jungle, with Hal facing everything from headhunters to tribes of giants and dragons. This short tale is from Whiz Comics #27 (Feb.1942); originally published by Fawcett, "Captured by Black Marco" written by Otto Binder and with art by Mark Schneider, was chapter ten of the extended “Golden Flask Quest”. The Catacombs is grateful to Don "Zu-Gogo" Falkos for providing the scans for this story. Note: The copyright for this issue, its contents and artwork belongs to the original publisher and/or the creators and is reproduced here solely for entertainment purposes. Enjoy!
Posted by Chuck Wells at 10:27 AM