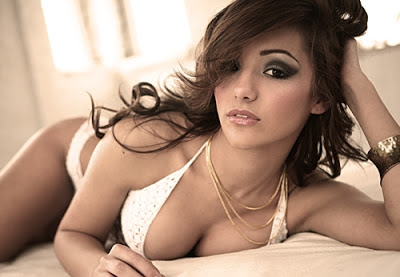 In 2010, Melanie Iglesias beat out 7,000 other girls to win Maxim magazine's annual "Hometown Hotties" competition and was declared one of the world's most beautiful models. She went on to appear on the cover of Maxim, and was listed in their "Hot 100" last year. No less an authority than Esquire also named Iglesias as one of five "Women You Will Be Familiar With in 2012." That being the case, and since I've already promised a full month of beautiful brunettes, I thought that I had better slip her into the Catacombs as this week’s official “gal” Friday. The only other factoid that I’ve uncovered about the delicious Melanie is that she had been dating one of the botards - an academically-challenged individual of sub-marginal intelligence – on the MTV show “Jersey Shore”, but as to which member of this former celebrity "power" couple was truly the least intelligent, I will leave up to your imagination. 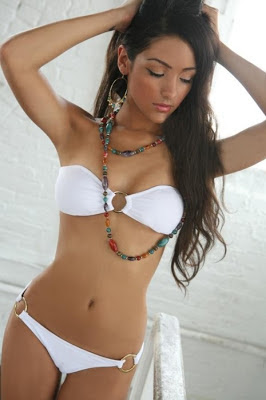