Matt Baker draws "South Sea Girl" from Seven Seas Comics #4 (1947), originally published by Leader Enterprises/Universal Phoenix Features, and written by Manning Lee Stokes (credited as “Thorne Stevenson”). South Sea Girl (unseen in the Catacombs since November 2011) was also known as Alani, and she differed from most jungle girls in both her location, and her usual garb, a sarong (inspired by the popular Dorothy Lamour “Road” films). This classic golden age adventure is titled “Murder Goes Native”. The Catacombs acknowledges "The Digital Comic Museum", as the source of this classic comic story. Note: The copyright for this issue, its contents and artwork belong to the original publisher and/or the creators and is reproduced here solely for entertainment purposes. Enjoy! 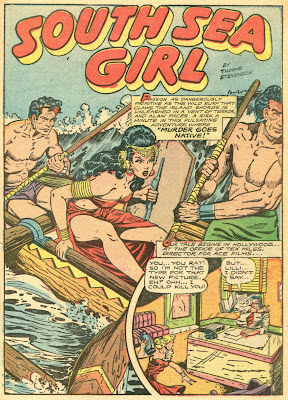 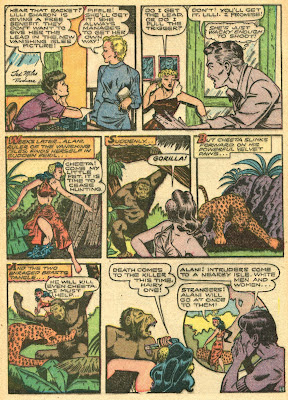 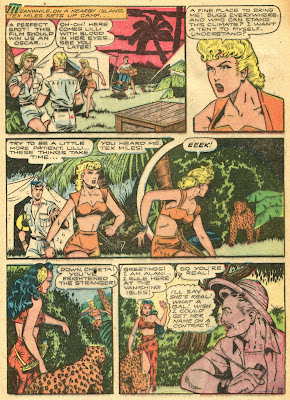 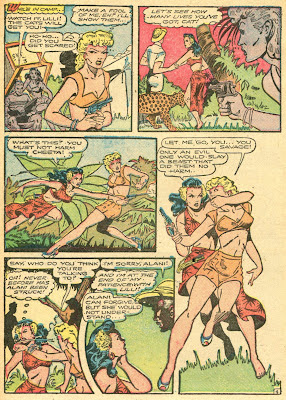 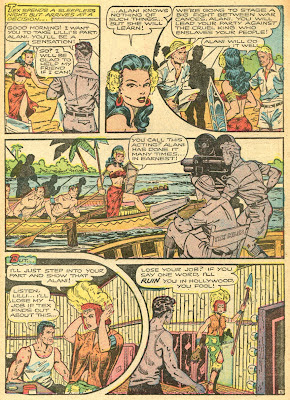 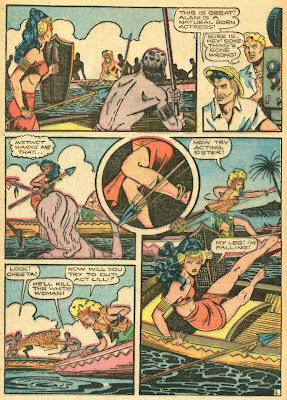 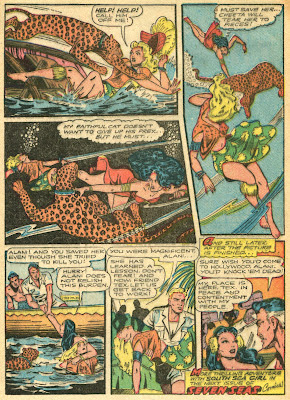 Normally, I don't save copies of scans from the late '40s, but this particular story is just beautifully drawn.