Carrie Underwood rose to fame as the winner of the fourth season of American Idol in 2005; arguably one of the few times that this show actually managed to get it right [but I digress]. The smoking hot Underwood has since become a multi-platinum selling recording artist, a winner of six Grammy Awards, sixteen Billboard Music Awards, seven American Music Awards and ten Academy of Country Music Awards, among several others. As a songwriter, she has been nominated for a Golden Globe Award for Best Original Song. Underwood is also a two-time winner of the of the Year award and the first woman to win such an award twice (2009/10). Underwood was inducted into and became a member of the Grand Ole Opry in 2008. She was also inducted into the Oklahoma Music Hall of Fame in 2009. She also manages to find to time to act in films and television; plus she's active in several philanthropic organizations. Can’t believe that it’s taken me this long to induct her into the Catacombs, but she has easily blown past many of our previous “gals” and comfortably settled into my personal top ten list for damn certain! 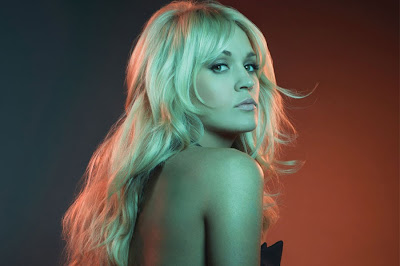