Black electrical tape is probably the least sexy thing in the world, right? Well, The Black Tape Project isn't going to have to try very hard to change your mind about that. Prepare to be mesmerized as the barriers of creative artistic design meets sensual art literally in a scintillating visual extravaganza that has captivated audiences around the globe. 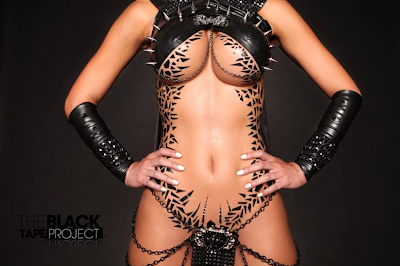 This new artistic movement/fashion experiment (now in it's fourth year) attempts to creatively display the sensual nature of the human form as it vacillates between the realms of innovation and seduction. By taking one of the most common household items creator Joel Alvarez has made a real name for himself. The Catacombs highly recommends that you surf the web for even more smoking hot young ladies decked out in nothing more but basic black .... electrical tape. For now the concept itself gets the nod as this weeks official "gal" Friday+ selection. 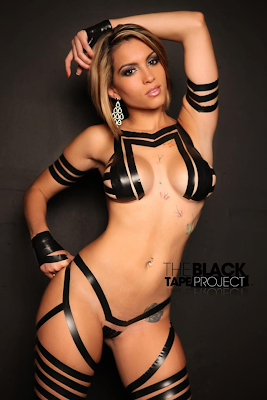