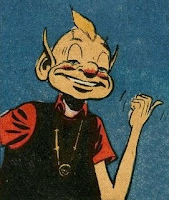 Roberto Aguirre-Sacasa is a playwright and screenwriter whose work has been featured on popular TV series such as Glee and Big Love.  Having previously written for Marvel Comics, he has just launched a new ongoing monthly series for Archie Comics that takes the classic Riverdale gang down some decidedly darker pathways. “Afterlife with Archie” features some outstanding artwork by co-creator Francesco Francavilla (he also handles the coloring), who has previously drawn Zorro, Detective Comics, The Black Panther and his own self-created title, The Black Beetle.


Be prepared for a different kind of Archie reading experience with this book as the supernatural holds sway at Riverdale High, and a number of well-known supporting cast members pay the price in the first issue alone. One alternate cover even teases a dire fate for Hot Dog, the beloved pet of Jughead Jones. How and why the poor canine falls victim to calamity is less important than how that tragic event transfigures the lives of the entire cast.
It is a more mature take on Archie and company for sure, and it wouldn’t be too far off of the mark to say that the success of The Walking Dead (both in comics and on television) certainly helped inspire this new series. Archie Comics may not get the perpetual headlines among the normal media outlets for comics-oriented news that are dominated by Marvel, DC and a few others, but the publisher has not let things stand static with their product over the past twenty years. They adapted their stable of characters to attract manga fans during that 1990s fad, then moved to release versions of the Riverdale gang in a more realistic art style, and recently issued top-selling runs that featured “what if” scenarios involving Archie marrying both Betty & Veronica. There was also the introduction of gay character Kevin Keller that attracted much media attention and wide acclaim; so kudos to publisher Jon Goldwater and Editor-in-Chief Victor Gorelick for stepping outside of the box and continuing to make Archie and his pals a relevant party of today’s comics industry.


“Afterlife with Archie” is highly recommended by the Catacombs, and it arrives just in time for Halloween. Give it a read ….. if you dare! 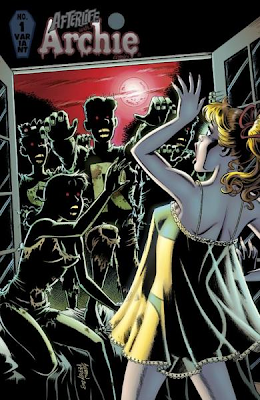 I'm intrigued, not only by the idea for the comic but by the fact that its an official Archie thing. A few years ago it would have had to be an underground rippof.