I usually do something in and around Halloween, but as I've scaled back my regular posts here in the Catacombs, all you're really gonna get this year is a few brief words about some excellent films of recent vintage that I hadn't seen prior to this month. I highly recommend each of these three fright flicks. 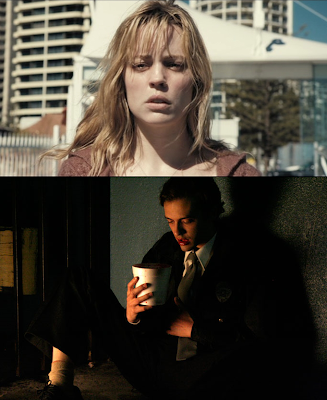 Triangle [released 2009] and starring Melissa George, is far different from most movies that dance around the subject of the Bermuda Triangle and its mysteries. First of all, I can't recall a specific mention of the Triangle of the title, and the movie just gets right down to showing what happens to
Jess (George) as she sets sail on a yacht with a group of friends, even as she cannot shake the feeling that there is something wrong. Her suspicions are realized when their yacht hits an unusual storm and the group is forced to board a passing ocean liner to get to safety, a ship Jess is convinced she's been on before. The ship appears deserted, the clock on board has stopped, but they are not alone... someone is intent on hunting them down, one by one. And Jess unknowingly holds the key to end the terror. There are twists and turns that keep the tension high from start to finish and you simply will not see how the film ends.

Midnight Son [released 2011] and starring Zak Kilberg and Maya Parish is the story of a young man called Jacob who is confined to a life of isolation, due to a very rare skin disorder. This has him working night shift as a security guard and sleeping away his daylight hours. His world changes when he meets a local bartender and falls in love. Unfortunately, Jacob's condition worsens and forces him to drink human blood for sustenance - leading to law enforcement suspecting him in a series of grizzly murders. This is a slower paced but dynamic take on old school vampire films, that still manages to chart an entirely different course than what has been seen on screen in recent years. It is made all the more effective by a relatively unknown cast who knock it out of the park. 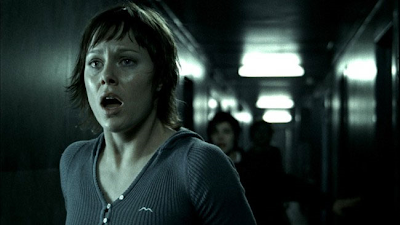 Cold Prey [originally released in 2006 as "Fritt vilt," aka Open Season] is a Norwegian slasher film, captioned for English speaking audiences. Jannicke, Morten, Eirik, Mikael and Ingunn are on a snowboarding vacation in remote Jotunheimen. They are forced to take shelter in an abandoned hotel when Morten breaks his leg and their car is too far away for them to reach within nightfall. They quickly discover that the hotel was closed down back in the seventies due to the disappearance of the original managers' son. Unknown to them, someone is still living in the hotel, and surviving their unexpected stay, isn't going to be as easy as they believe. Despite the subtitles, the film is riveting to watch. The body count rises and you just don't know whom may or may not survive the terrors of the slopes. The movie. took two years to film due to the remote location and another nine months of production.

Give them a view and see what you think; and Happy Halloween!