No new lovelies have really floated my boat lately, so instead of my "gal" Friday feature today you'll have to settle for a jungle comics oddity from the silver age. Joe "Cowboy" King was an American World War II pilot who operated in and around India, who dressed and acted like a cowboy. Even though the military command thought his personal theatrics were quite ridiculous, they could not deny that he was their best pilot. After a series of misadventures involving a cheating sultan, Joe became the ruler of Larijuna and was crowned their new sultan, he then ordered his people to call him Cowboy (to which they added the honorific Sahib and thus he became Cowboy Sahib). This previously untitled tale that I’ve dubbed “The Cossack Trap” is from Hooded Horseman #18 (Nov-Dec.1954); originally published by American Comics Group and illustrated by Leonard Starr. The Catacombs acknowledges "Comic Book Plus" as the source of this classic comic story. Note: The copyright for this issue, its contents and artwork belongs to the original publishers and/or the creators and is reproduced here solely for entertainment purposes. Enjoy! 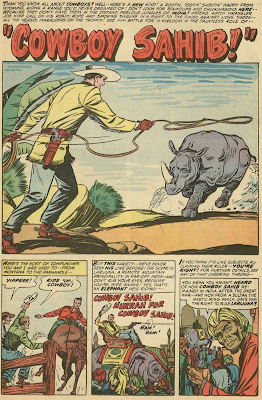 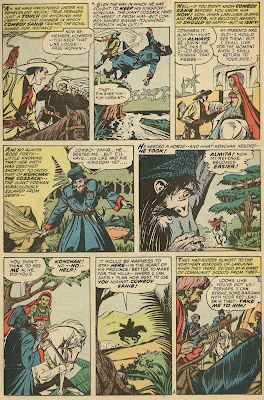 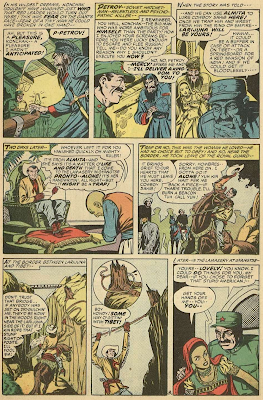 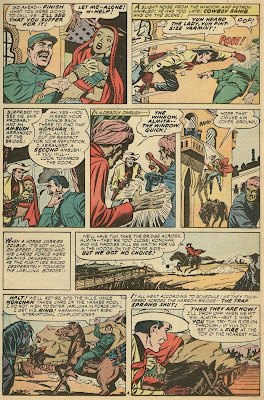 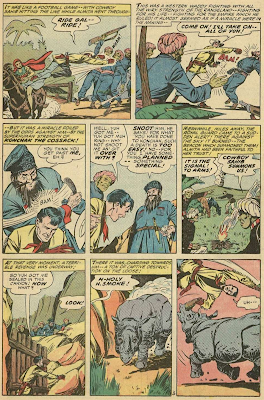 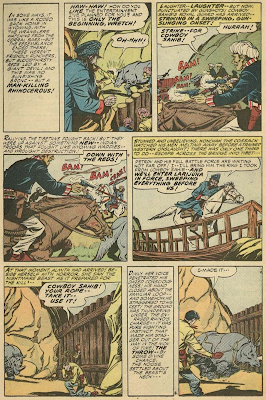 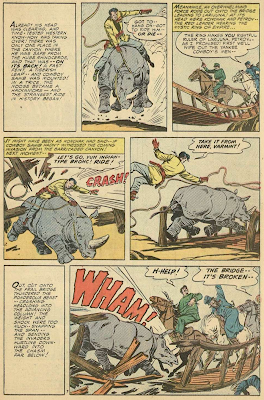 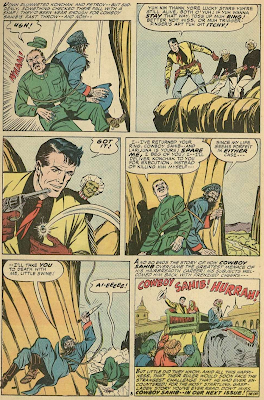 Wow, this is new to me! I can still be surprised by some of the concepts in old comic books; but this is really unusual.

Love the Leonard Starr artwork; thanks for showing it, Chuck.

Glad you liked it Pappy! I served up another portion for you today, but Harry Lazarus is the artist on this one.