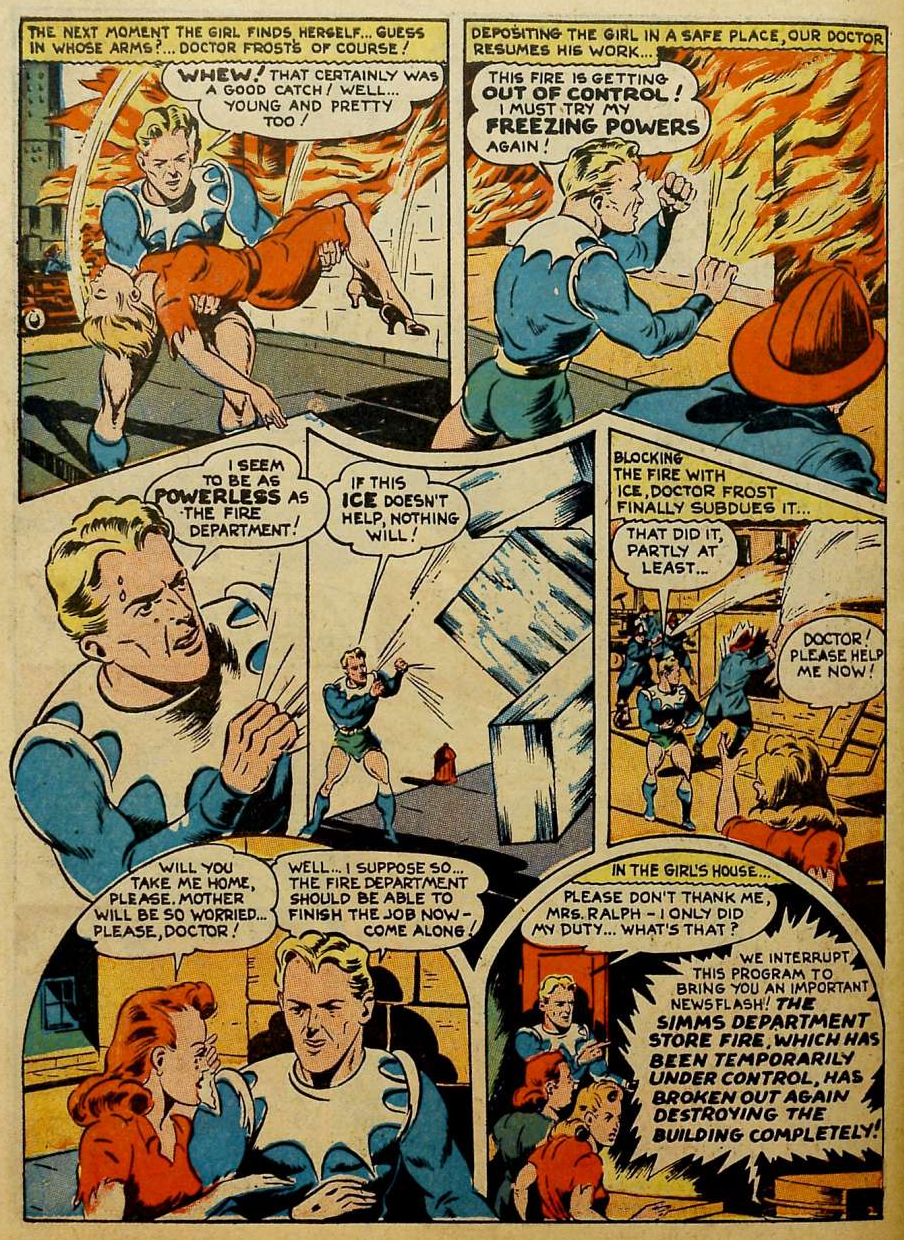 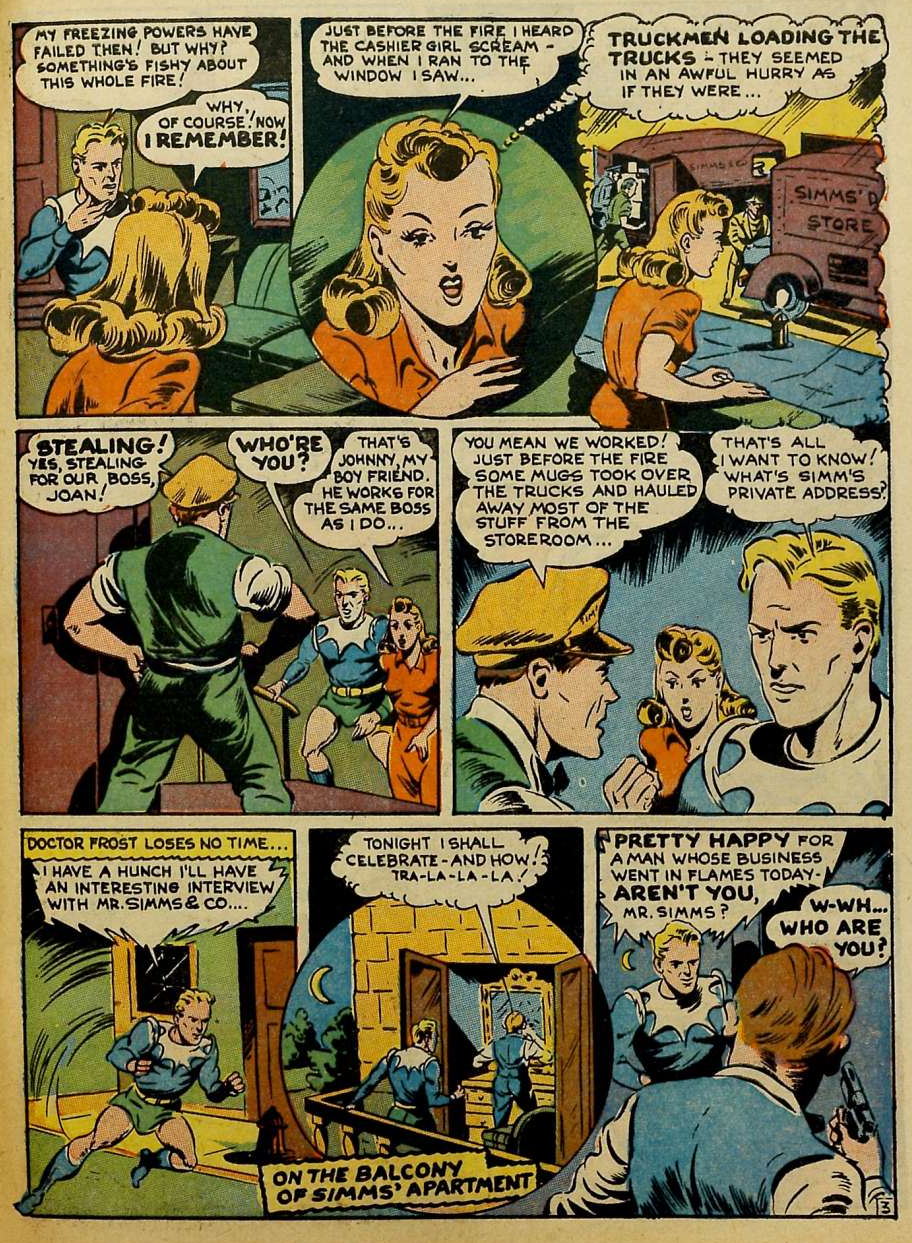 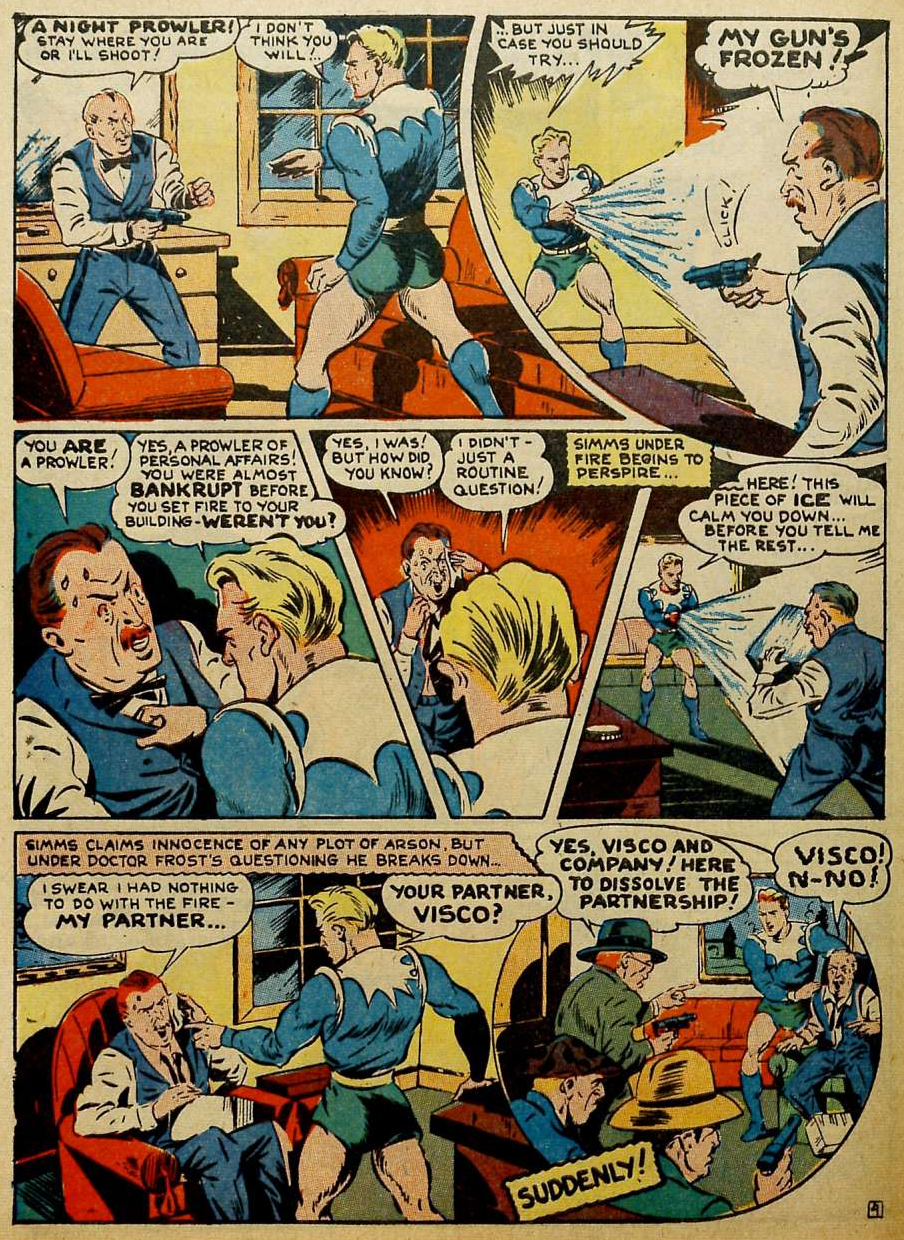 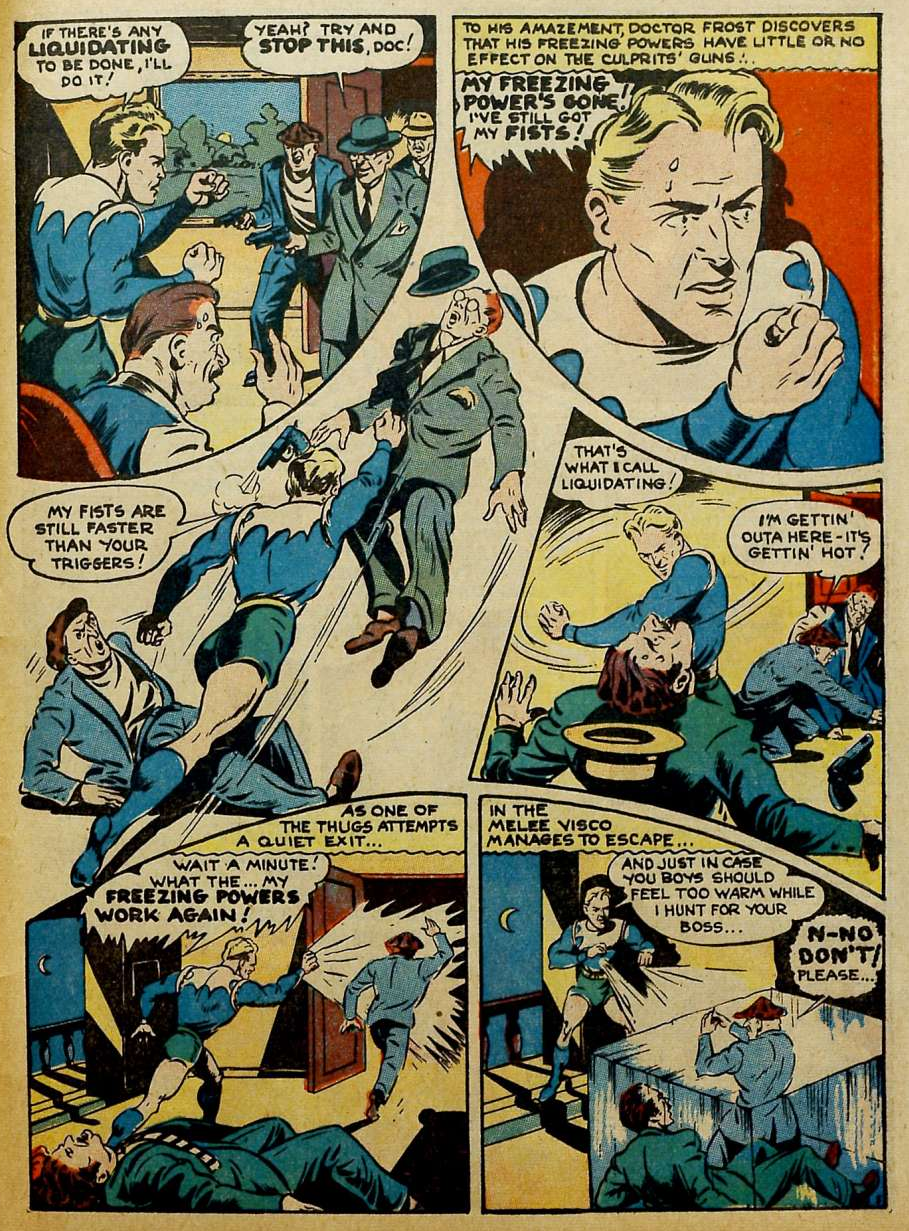 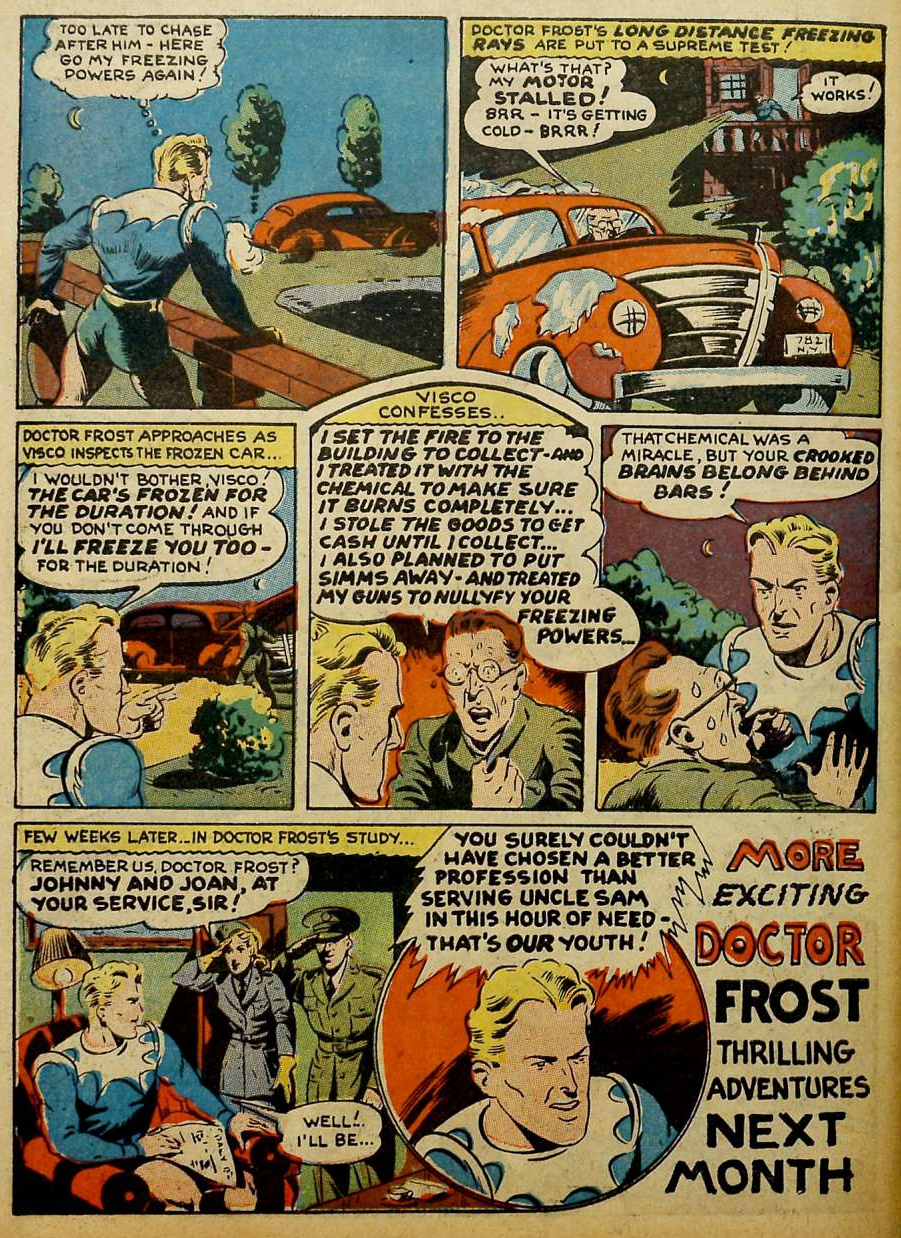 Doctor Frost had no secret identity and if he had a given name, it was never mentioned.  The character was created by Richard Steele and Ben Thompson. Today’s bonus holiday adventure titled “In the Fiercest Battle of His Life!” was originally published in Prize Comics #28 (Feb.1943) illustrated by Maurice Gutwirth. The Catacombs acknowledges "Comic Book Plus" as the source of this classic comic story. Note: The copyright for this issue, its contents and artwork belongs to the original publishers and/or the creators and is reproduced here solely for entertainment purposes. Merry Christmas to you all!
Posted by Chuck Wells at 10:05 AM

Very fitting for the holidays! I love Dr. Frost's outfit ha! If only Santa popped up at the end of the comic.