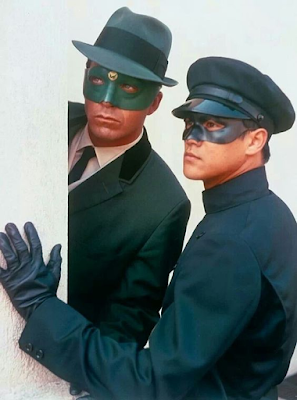 Despite his hunkish good looks, Williams had only a modest impact in Hollywood with a couple of big screen roles and a minor string of appearances in many classic shows before hitting wider if brief fame as the Hornet. He later served as a reserve sheriffs deputy and he owned a communications company. He was described by friends as a great friend and mentor. The Catacombs extends its sincerest condolences to his family, friends and
fans.
Posted by Chuck Wells at 11:32 AM