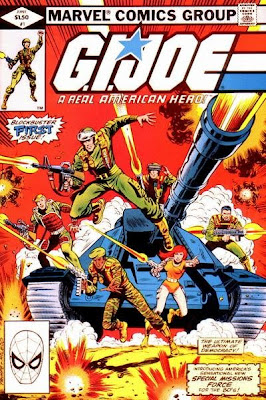 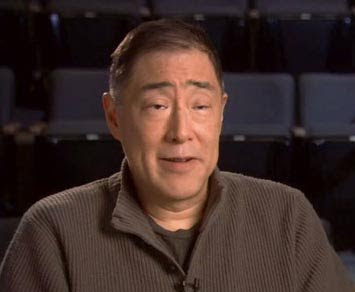 In 1982 when the Hasbro toy company relaunched their classic G.I. Joe franchise it was ably supported by what became a very popular Marvel Comics series. Running for 155 issues and spawning several spin-off titles throughout the course of its run, G.I. Joe: A Real American Hero was produced by Marvel Comics between 1982 and 1994.

The overall premise for both the toyline and the comics series revolved around an elite counter-terrorist team code-named G.I. Joe, whose main purpose was to defend human freedom from Cobra, a ruthless terrorist organization determined to rule the world, but the roots for the Marvel Comics series were laid even before the relaunch of G.I. Joe actually began.
Prior to Hasbro's G.I. Joe relaunch in 1982, Larry Hama (pictured above; right) was already developing an idea for a new comic book series called Fury Force, which he was planning as an ongoing series for Marvel Comics. The original premise would have featured the son of established S.H.I.E.L.D director Col. Nick Fury assembling a team of elite commandos to battle Marvels own neo-Nazi terrorists HYDRA. That idea was ultimately nixed, but Hama reused the basic premise when he learned of Hasbro's plans to resurrect their G.I. Joe toyline. Subsequently, each G.I. Joe action figure included a character biography called a "file card". Hama was largely responsible for writing these file cards, particularly during the first ten years of the toyline. While developing many of these characters, Hama drew much inspiration from his own experiences in the US military.
The G.I. Joe franchise is currently being published by IDW Publishing.
Posted by Chuck Wells at 9:11 AM