Legendary illustrator Jack Davis passed away yesterday in Georgia at the age of 91. His staggering volume of work for advertising, magazines, films, posters and album covers throughout his long life made him a popular cartoonist. Davis began his career at EC Comics doing horror and sci-fi stuff, but quickly became known for MAD magazine and the caricature art style that led to his wider fame. I met him at a National Cartoonist Society meeting in Asheville, NC a few years ago alonside his former MAD peers Duck Edwing and Nick Meglin. That was a terrific and truly once in a lifetime opportunity. He will be missed! The Catacombs extends its sincerest condolences to his family, friends and fans. 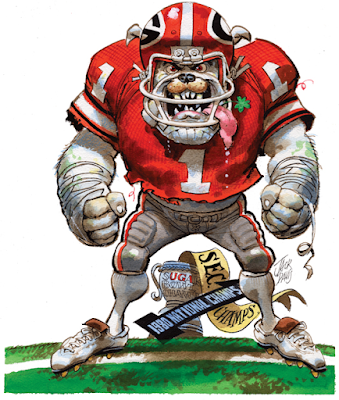 We will miss him.