Seduction of the Innocent and the Comics Code Authority (Part II) 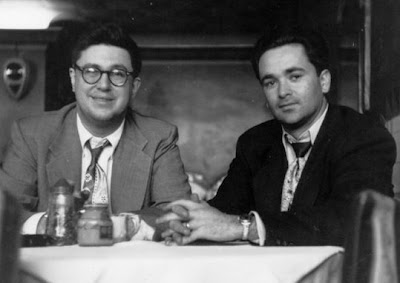 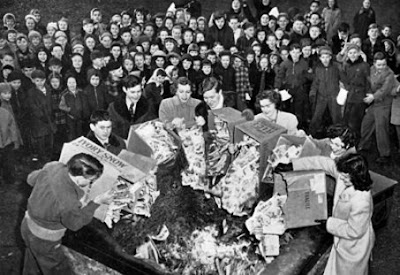 Beginning in the late 1940s, the comic book industry became the target of mounting public criticism for the content of comic books and their potentially harmful effects on children. The problem really came to a head in 1948 with the publication by Dr. Fredric Wertham of two articles: "Horror in the Nursery" (in Collier's Magazine) and "The Psychopathology of Comic Books" (in the American Journal of Psychotherapy). As a result, an industry trade group, the Association of Comics Magazine Publishers, was formed in 1948, but this endeavor proved to be ineffective. Bill Gaines took EC Comics and left the association in 1950 after he had an argument with its executive director, Henry Schultz. By 1954 only three comic book publishers remained as members, and even Schultz admitted that the ACMP seals placed on comics were meaningless.
The 1954 publication of Wertham's Seduction of the Innocent and a highly publicized Congressional hearing on juvenile delinquency cast comic books in an especially poor light. At the same time, a major federal investigation led to a shakeup within the distribution companies that delivered comic books and pulp magazines across America. Sales plummeted, and several companies went out of business. Comics were routinely rounded up by citizens groups and cast into bonfires, both public and private, as the backlash spread across the nation.
While several publishers tried to forestall the damage, it was largely Gaines whose defiant stance against censorship led to the cancellation of the bulk of the EC line of titles and his ultimate creation of the greatest expression of antidisestablishmentarianism ever seen in comics.
We will move on to some of the specific code previsions tomorrow, but first take a look at the CCA's actual Preamble and see if you can see how the "writing on the wall" was foreshadowed in the document (and then hustle on back here on Friday for Part III).
"The comic-book medium, having come of age on the American cultural scene, must measure up to its responsibilities.
Constantly improving techniques and higher standards go hand in hand with these responsibilities.
To make a positive contribution to contemporary life, the industry must seek new areas for developing sound, wholesome entertainment. The people responsible for writing, drawing, printing, publishing, and selling comic books have done a commendable job in the past, and have been striving toward this goal.
Their record of progress and continuing improvement compares favorably with other media in the communications industry. An outstanding example is the development of comic books as a unique and effective tool for instruction and education. Comic books have also made their contribution in the field of letters and criticism of contemporary life.
In keeping with the American tradition, the members of this industry will and must continue to work together in the future.
In the same tradition, members of the industry must see to it that gains made in this medium are not lost and that violations of standards of good taste, which might tend toward corruption of the comic book as an instructive and wholesome form of entertainment, will be eliminated.
Therefore, the Comics Magazine Association of America, Inc. has adopted this code, and placed strong powers of enforcement in the hands of an independent code authority.
Further, members of the association have endorsed the purpose and spirit of this code as a vital instrument to the growth of the industry.
To this end, they have pledged themselves to conscientiously adhere to its principles and to abide by all decisions based on the code made by the administrator.
They are confident that this positive and forthright statement will provide an effective bulwark for the protection and enhancement of the American reading public, and that it will become a landmark in the history of self-regulation for the entire communications industry."
(Above;top: EC Comics publisher William Gaines and artist Al Feldstein).
Posted by Chuck Wells at 7:27 PM