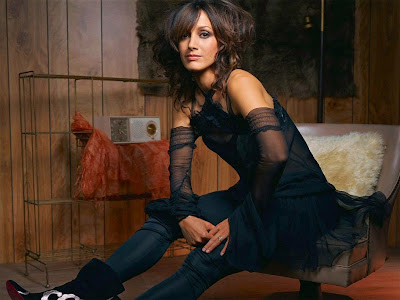 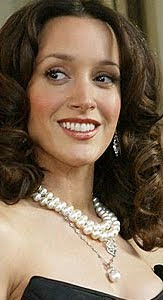 Jennifer Beals is best known for the 1983 film, Flashdance, but she has also starred in genre fare such as The Bride, Vampire's Kiss and The Grudge 2.
The other night I rewatched (again) Beals and Denzel Washington co-starring together in 1995's Devil in a Blue Dress on BET, a period film based on a Walter Mosley novel featuring L.A. private detective, Easy Rawlins. Beals played a biracial woman who was passing herself for white in 1948. It's a terrific film with great performances by both headliners and nice character touches from Tom Sizemore and particularly Don Cheadle.
Beals recently reunited with Denzel Washington this year in the big budget post-apocalyptic thriller, The Book of Eli.
I've always thought that she was a stunning & sexy woman (and she still is at 46), as well as an effective & talented actress. I've never really understand why she doesn't turn up more often , but then I don't believe that very many studio bosses or casting agents are all that smart in the first place.
Let me correct an old oversight and add her to the list of "Gal" Fridays. She certainly belongs in the Catacombs.
Posted by Chuck Wells at 2:40 PM

Chuck: Devil in a Blue Dress is one of my all-time favorite book-to-movie films, as well as just a great movie all around. Washington, I've heard, has bought the rights to many Mosley books, but nothing else fo far, darnnit. And yes, you are so right: Beals' performance was so pitch perfect. Much under-rated as an actress. -- Mykal