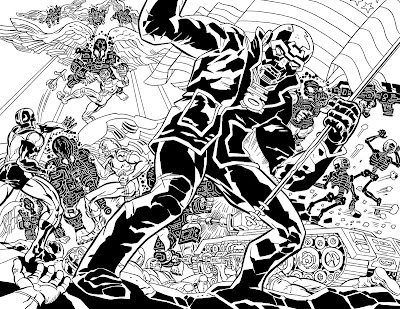 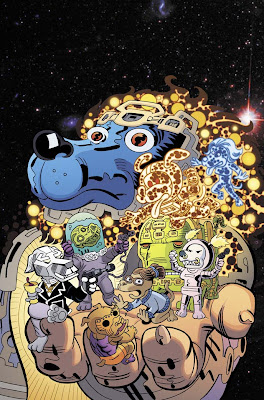 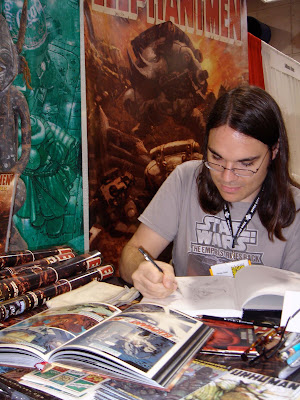 Great interview Chuck~! I am a huge Kirby freak, and have been a Scioli fan since day 1. I still have the ashcan edition of 8-Opus #1 on my comic rack~ and have purchased, but not yet read, the first two Godland collections (14 issues worth ?).

I actually emailed Tom back in 2002 or 2003 to encourage him with his art. A fan wrote to his letters page something about the heavy inking on 8-Opus. The guy wasn't too crazy about it. I told Tom to forget about that guy's comment~ because THICK SQUIGGLES and blocky blacks was where it was at ! (ala Mike Royer) I think he took it to heart, cuz his work continues to improve, sharpen, and reflect a growing confidence with command over this wonderful medium.

Chuck: Great Interview. I loved that you asked him what sort of tools he inks with. I love that kind of detail! Thanks for this great post. Score! -- Mykal

Wow, you are ultra-hip! Tom Scioli is THE go-to guy for cultural mindbenders. I got such a kick out of yr interview! =WHAP!= oof!