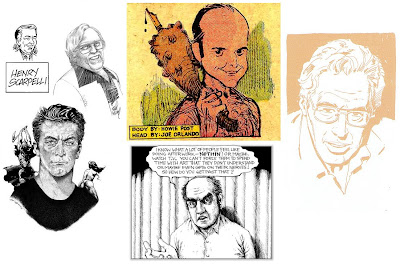 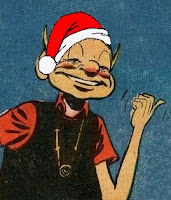 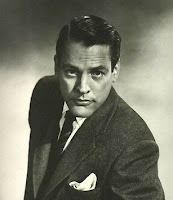 Before it becomes time to close the books on the final year of the first decade of the 21st century, I would like to humbly say "thank you" to those industry writers & artists who took the time to visit the Catacombs in 2010. Tom Scioli, Rebekah Isaacs, Chuck Dixon, Sergio Cariello, Joe Jusko, publishers Ed Catto & Joe Ahearn, Jay Piscopo and Reno Maniquis all provided interesting chats and/or promotional material this year and I very much appreciated their participation. Some nice 2011 guests are forming up even as we speak, so keep tuning in.
I would also like to thank the stunning young ladies who allowed me to profile them as official "Gal" Friday selections in 2010: Jolynn Carpenter, Jasmine Sinclair, Jessica Palette, Christy Marie, Marie-Claude Bourbonnais and Raven Steele, all brightened the halls of the Catacombs with their portraits. This is a trend that I plan to continue into the new year!
As a reminder, the world of entertainment lost several iconic performers this year including Peter Graves, Fess Parker, Robert Culp, Tony Curtis, Johnny Sheffield, James MacArthur, Ingrid Pitt, Leslie Nielsen, director Irvin Kershner and Kevin McCarthy (pictured; above, left) who passed away on Sept. 11, 2010; and who I unintentionally failed to mention for his classic turn in the 1956 science-fiction film, Invasion of the Body Snatchers.
The comic book industry also lost more than a dozen talented professionals in 2010 including Henry Scarpelli (Archie Comics), Dick Giordano (Charlton/DC Comics), Bill DuBay (Warren), Peter O’Donnell (Modesty Blaise), Frank Frazetta (fantasy artist), Howie Post (DC), Al Williamson (EC/Warren/Marvel), Rik Levins (AC/Marvel), Harvey Pekar (American Splendor), Mike Esposito (DC/Marvel), Don Donahue (Underground Comix), Jon D’Agostino (Archie Comics) and Adrienne Roy (DC Comics).
Who knows what 2011 will bring, but this year was certainly a memorable one. Art (above; clockwise-top) Henry Scarpelli, Dick Giordano, Howie Post, Al Williamson, Harvey Pekar & Frank Frazetta.
Posted by Chuck Wells at 10:51 AM