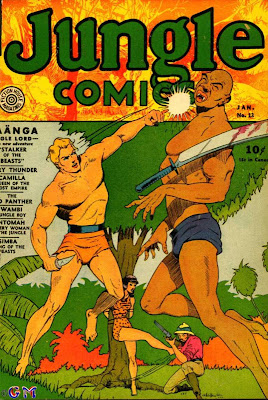 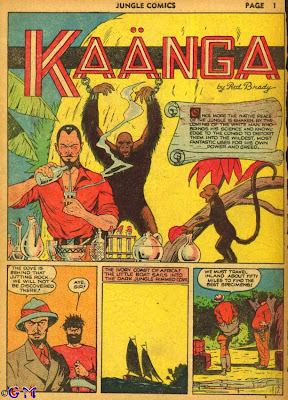 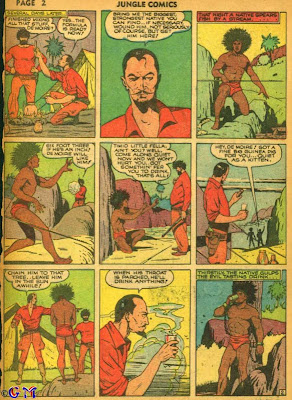 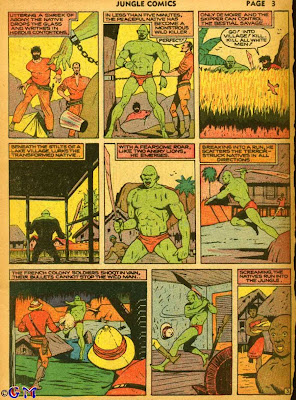 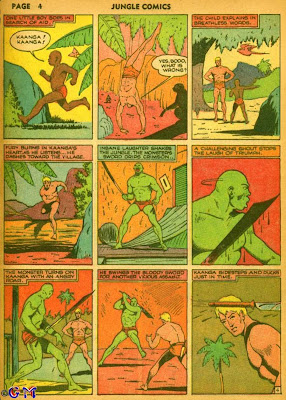 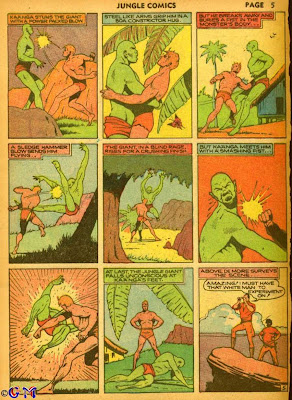 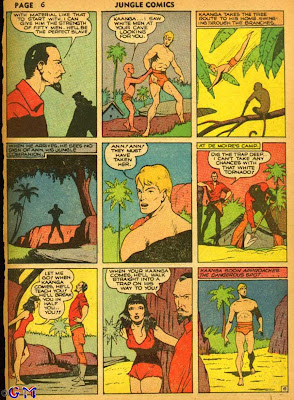 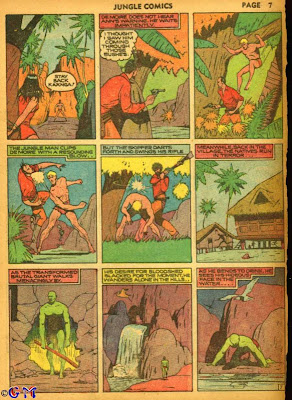 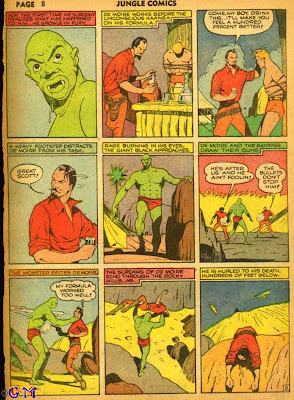 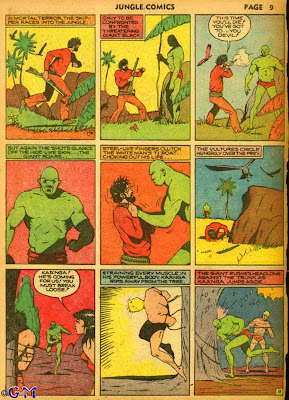 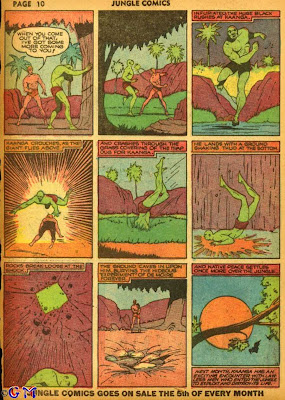 After his parents were killed by wild beasts, the boy who would come to be known as Ka'a'nga was saved from death and raised by a she-ape to become master of the jungle. Later a young aviatrix named Ann Mason crashed in his jungle and he saved her from slavers. Of course she becomes his woman. Today Ka'a'nga stars in a story identified on the issues cover as "Stalker of the Beasts" written by 'Red Brady' and illustrated by Silver Age legend George Tuska (who also drew the cover). This golden age adventure is from Jungle Comics #13 (Jan.1941); originally published by Fiction House. The Catacombs is grateful to Don "Zu-Gogo" Falkos for providing the scans for this story. Note: The copyright for this issue, its contents and artwork belongs to the original publisher and/or creators and is reproduced here solely for entertainment purposes. Enjoy!
Posted by Chuck Wells at 12:41 PM

I at least enjoy Tuska's early Golden-Age work (such as this story) much more than his subsequent stuff.