Lion tamer, animal trainer and circus impresario Clyde Beatty (June 10, 1903 - July 19, 1965) became famous for his "fighting act," in which he entered a cage with wild animals with a whip and a pistol strapped to his side. The act was designed to showcase his courage and mastery over wild beasts, which included lions, tigers, cougars, and hyenas, sometimes brought together all at once in a single cage in a potentially lethal combination. At the height of his fame, the act featured as many as 40 lions and tigers of both sexes. His fame was such that he appeared in films from the 1930s to the 1950s and on television until the 1960s. He was also the star of his own syndicated radio series, "The Clyde Beatty Show", between 1950 and 1952. The weekly programs featured adventures loosely based upon his real-life exploits. However, the stories were more fictitious than real, and Beatty himself actually appeared in name only. In fact, Vic Perrin (not identified as such to the radio audience), actually impersonated him on the show. His "fighting act" made him the paradigm of a lion tamer for more than a generation; however Beatty was once mauled by a lion named Nero. The tamer was in the hospital for ten weeks as a result of this attack, yet he remained undaunted and actually later faced down Nero in a cage for the film “The Big Cage.”

His renown led to a couple of one-shot of comic book adaptations and a long-running serialized adventure published by Dell. Today’s featured story is from Crackajack Funnies #40 (Oct. 1941); originally published by Dell and illustrated by Jim Chambers. I’m calling this previously untitled tale “The White Savages.” Be advised that there are some racist elements in the depiction of his Chinese aide de camp, Wig Wong, that are typical for the period. The Catacombs acknowledges "Comic Book Plus", as the source of this classic comic story. Note: The copyright for this issue, its contents and artwork belong to the original publisher and/or creators and is reproduced here solely for entertainment purposes. Enjoy! 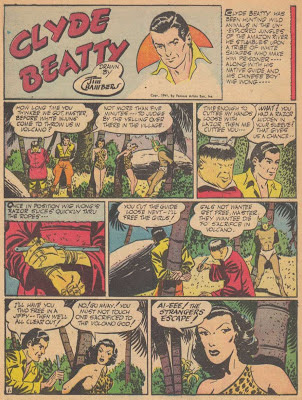 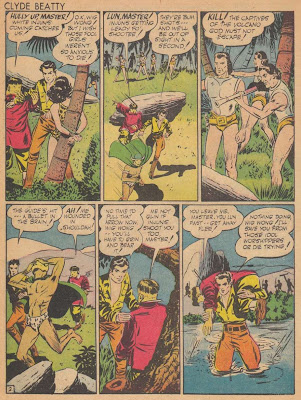 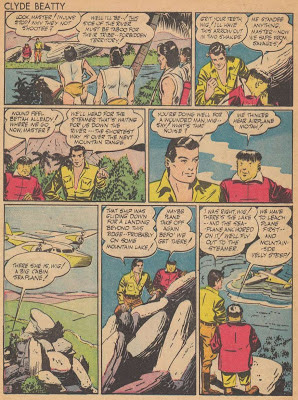 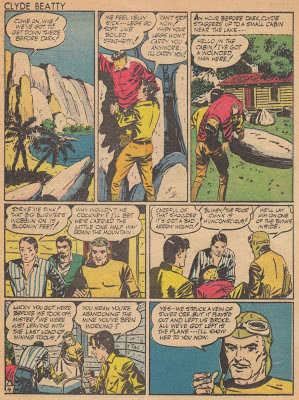 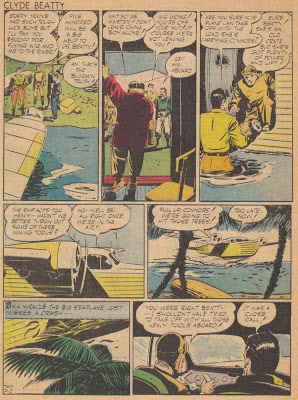 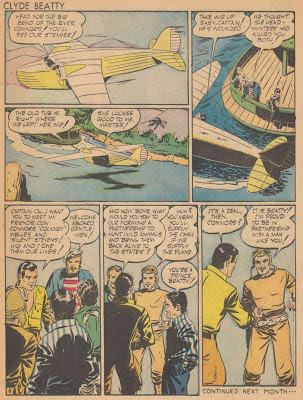