Kona, Monarch of Monster Isle debuted in Four Color Comics #1256 (Feb. 1962) during a period of transition for publisher Dell Comics, before his own self titled series started a few months later with issue #2 (dated June 1962). Faced with the prospect of losing the rights to all of the licensed series that they had been publishing for Western Publishing (which had chosen to start their own comic book company), Dell began a large scale campaign in which numerous series and characters were created. This was designed to allow Dell to survive as a company past the point of new rival Gold Key's creation. Of all the characters created during this period, Kona was one of Dell's most successful titles. "Kona, Monarch of Monster Isle" would run to issue #21 (dated June 1964).

“Escape or Die” is basically Chapter 2 of the longer “The Lost Valley of Night” story from Kona #11 (July-Sept. 1964); originally published by Dell. This adventure was written by Paul S. Newman and illustrated by Sam Glanzman. The Catacombs acknowledges "Comic Book Plus", as the source of this classic comic story. Note: The copyright for this issue, its contents and artwork belong to the original publisher and/or creators and is reproduced here solely for entertainment purposes. 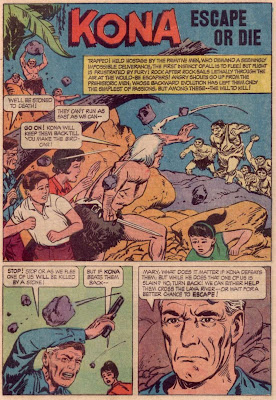 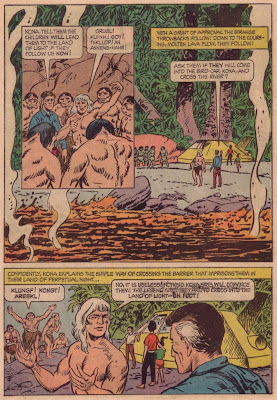 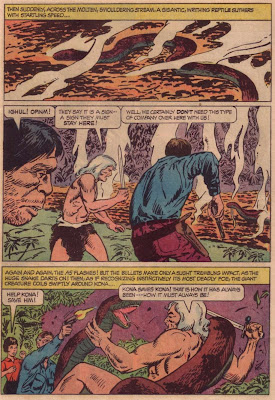 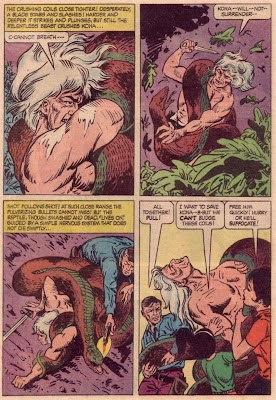 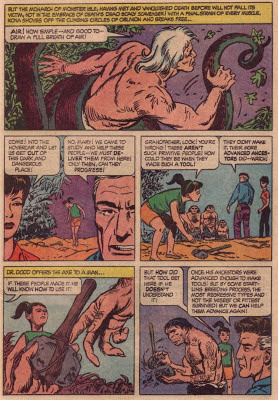 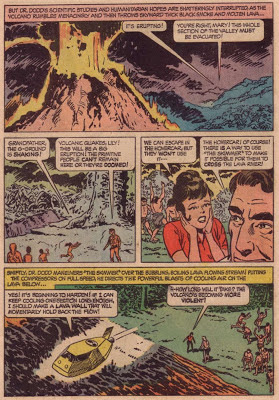 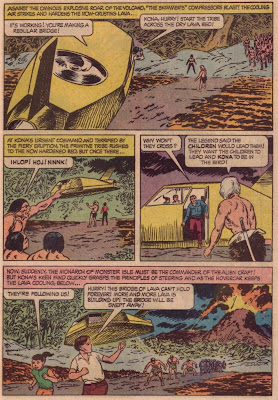 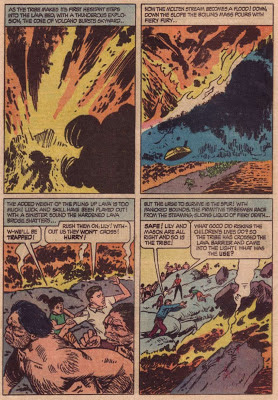 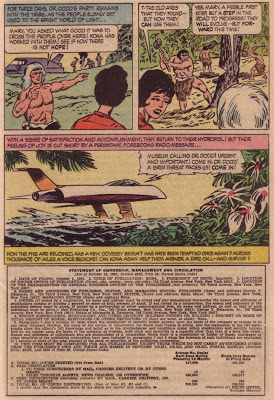