“Rango” was a Western sit-com starring comedian Tim Conway which was originally broadcast on ABC in 1967. played an inept Texas Ranger who had been assigned to Deep Wells, the quietest post the Rangers had; so as to keep him from creating unnecessary trouble. They apparently had wanted him removed from the service altogether, but were prevented from doing so given that his father was their commander. Unfortunately Rango seemed to bring plenty of trouble with him, as all manner of crime suddenly returned to a post that had seen very little of it over the years.

Also appearing in Rango was the Native American character Pink Cloud (played by Guy Marks), an overly-assimilated Indian who was very fond of the ways of the whites and whose command of the English language was generally better than theirs. (Example: "Rango say him return when sun high over teepee. By that, I presume he meant that he would be back by noon."). Frankie Laine sang the theme song for this goofy series which ran for less than a year.

Today’s classic story titled “The Pride of the Rangers” is from Rango #1 (Aug. 1967); a one-shot published by Dell Comics. The artwork is by Sal Trapani. The Catacombs acknowledges "Comic Book Plus", as the source of this classic comic story. Note: The copyright for this issue, its contents and artwork belong to the original publisher and/or creators and is reproduced here solely for entertainment purposes. Enjoy! 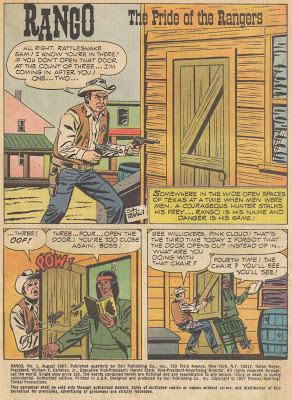 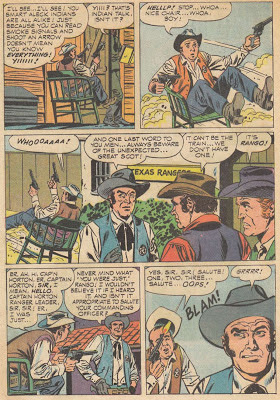 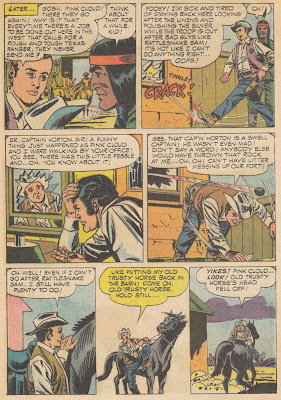 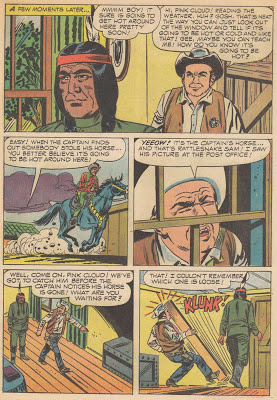 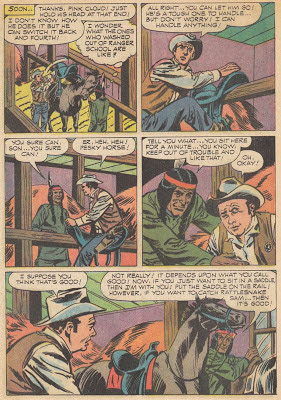 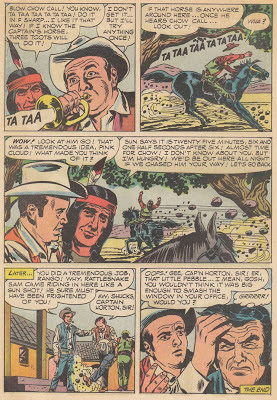 Figured I've mention that it's great to see the catacombs open again!