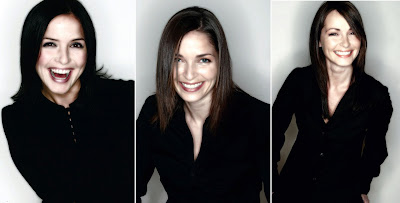 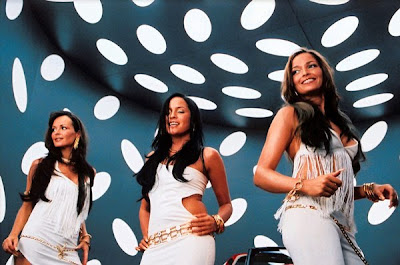 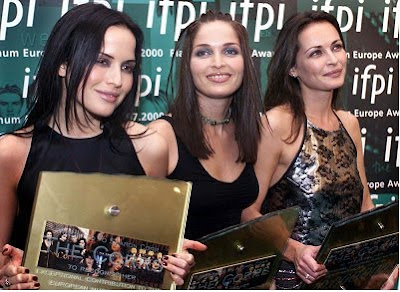 This weeks post about the upcoming "Three" storyline in Fantastic Four planted a seed that came to fruition today, when I started playing some tunes by The Corrs.
Comprised of the four Corr siblings Andrea (lead vocals, tin whistle); Sharon (violin, vocals); Caroline (drums, piano, bodhrán, vocals); and Jim (guitar, piano, vocals), the Celtic folk-rock band from Dundalk, Ireland released some fun, upbeat and successful tunes between 1990 and 2006. They rose to international prominence with their performance at the 1996 Summer Olympics in Atlanta, Georgia and then climbed the charts with numerous singles and five studio albums.
With respect to big brother Jim, the Corr sisters (Andrea, Sharon & Caroline) are the fabulous triple selections for today's "Gal" Friday feature. Not only are these girls super-talented, sexy and just all-around worthy of respect (the group is known for their many philanthropic activities), but how can you go wrong with "three sisters" in the same family, that are all just so damn ultra-sexy?
In the top photo (left-to-right): Andrea, Caroline and Sharon. In 2006, The band went on hiatus as the siblings took a break to raise families. Andrea, and recently Sharon, continue to pursue solo careers, but I'm keeping my fingers crossed that all four will reunite someday to create some new music together.
Posted by Chuck Wells at 5:45 PM