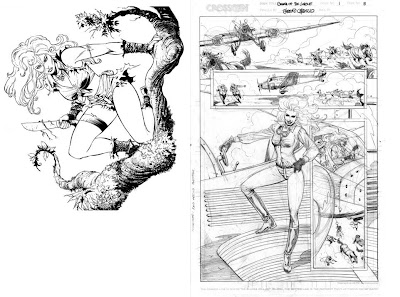 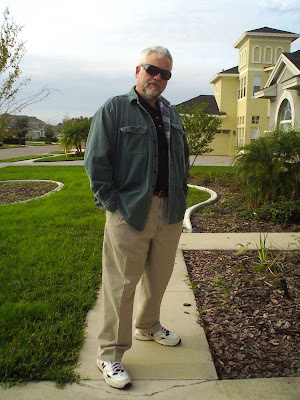 Today the Catacombs is pleased to present the first part of a dual interview with writer Chuck Dixon (pictured; left) and artist Sergio Cariello. We are going to discuss two projects that these fine and talented gentlemen are currently shopping around to publishers.

Chuck Dixon broke into comics in the mid-1980’s, writing Evangline for Comico before moving on to Marvel Comics where he scripted titles such as The Savage Sword of Conan, Alien Legion and Marc Spector: Moon Knight. It was while Dixon was working on the monthly The Punisher War Journal, that he caught the attention of DC Comics editor Denny O'Neil, who asked him to produce a Robin mini-series. That project proved so successful that Chuck became DC's most prolific Batman-writer during the 1990s, posting long runs on Detective Comics, Robin, Nightwing and Batgirl, as well as creating Birds of Prey.

Great interview, Chuck. I wish Mrs. Dixon and Cariello luck on the Geneva and Wargod projects (I'd really like to see anything titled Wargod of the Lost. I wish I was a lottery winner. I'd see that project done, by god.

I love Mr. Dixon's obsrvation that so few artists have either the skill or desire to draw confincing animimals or great backgorunds. So damn true. The lack of good backgrounds makes today's comics look thin and poor. Maybe it's a speed issue.

great post! And thanks to Chuck and Sergio as well!