Thanks for your patience lately as I’ve scratched an itch, and posted select non-jungle characters. Other than today’s spotlighted golden-ager, only Doll Man and a few humor fillers remain from this classic issue. Today’s “hero” enjoyed a long comics career (although you might not have even heard of him). Swing Sisson stars in "Jack Traxe's Leveraged Buyout" from Feature Comics #59 (Aug. 1942); originally published by Quality, and illustrated by Phil Martin. Swing was the band leader at The Clover Club whose other performers included singer Bonnie Baxter and sax player Toby Tucker, both of whom usually helped out in the two-fisted scrapes Swing inevitably got involved with in the glitzy but racket-beset night club business of the 1940s. They made occasional forays into other areas of entertainment, but mostly hung around the club where they were the stars. Their act ran for years in the back pages of Feature Comics (the gang was introduced in #49; Oct. 1941). Swing led his band and traded punches with crooks throughout the 1940s. In fact, he stayed on the job as long as Feature was published, outlasting all the title's superheroes, even Doll Man himself. The last issue was #144 (May, 1950), and after that Swing Sisson was finished. The Catacombs acknowledges "The Digital Comic Museum", as the source of this classic comic story. Note: The copyright for this issue, its contents and artwork belongs to the original publisher and/or creators and is reproduced here solely for entertainment purposes. Enjoy! 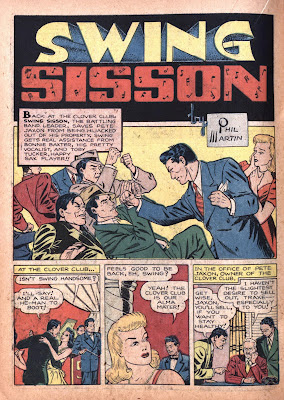 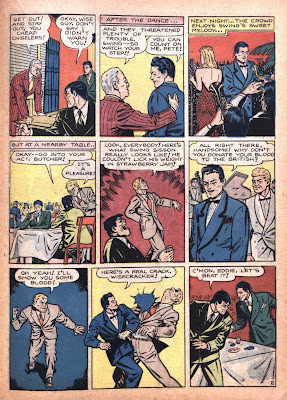 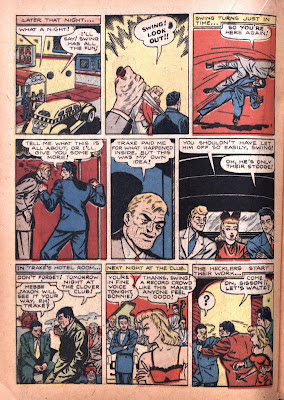 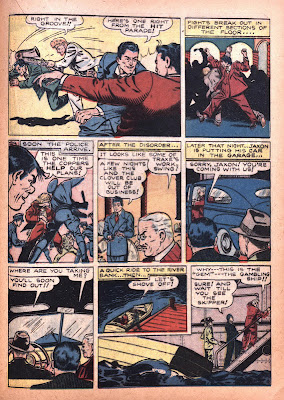 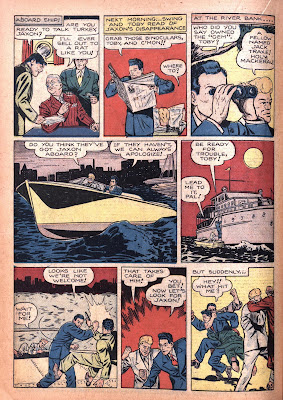 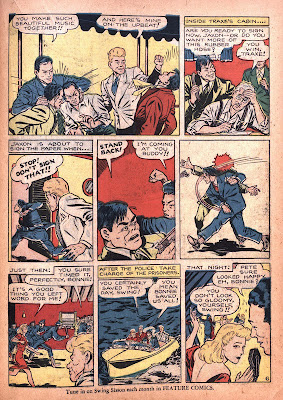