Policewoman Peggy Allen debuted as “The Woman in Red” in Thrilling Comics #2 (March 1940). Frustrated by the limitations of her job, Peggy created her secret identity wearing a red, floor-length coat, hood, and mask to get around pesky legalities and actually confront lawbreakers directly, although she did exercise the police officer's prerogative of packing heat. The Woman in Red never made a cover appearance, despite appearing regularly until her last hurrah in issue #46 (February 1945), although she managed to appear in the first couple of issues (plus a headshot on the covers) of America's Best Comics, an anthology title where the publisher got a little extra mileage out of its most popular characters. “The Owens Mob Strikes” is from Thrilling Comics #25 (Feb.1942); originally published by Better/Standard/Nedor; written by Richard Hughes and illustrated by George Mandel & Kin Platt. The Catacombs acknowledges "The Digital Comic Museum", as the source of this classic comic story. Note: The copyright for this issue, its contents and artwork belongs to the original publisher and/or creators and is reproduced here solely for entertainment purposes. Enjoy! 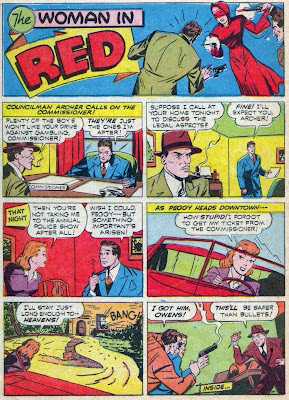 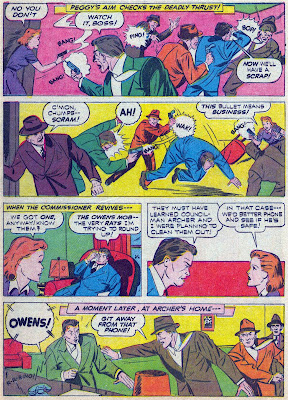 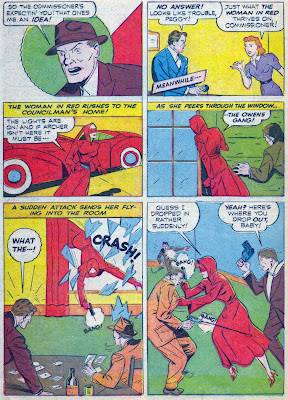 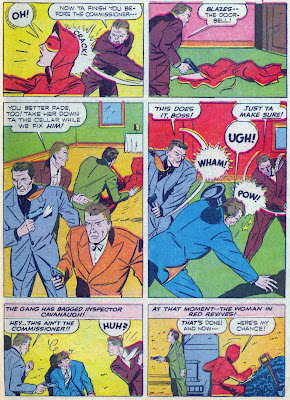 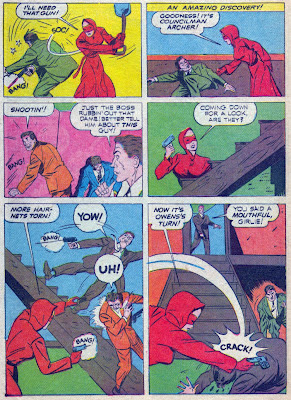 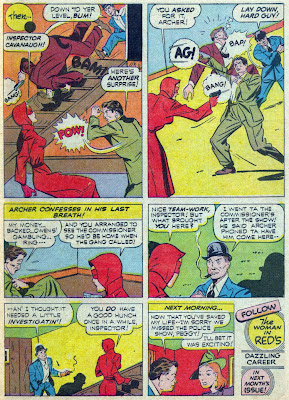