70 Years Ago Today! The War of the Worlds Radio Scare 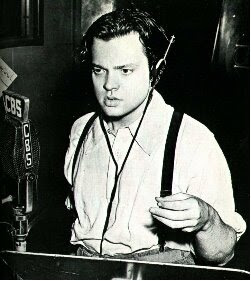 On this day in October of 1938, Orson Welles and his Mercury Theatre Company panicked the entire nation when they produced an updated radio play based on the 1898 novel "War of the Worlds", which was originally written by author H.G. Wells, for the CBS Radio Network.
The live drama which employed fake breaking news reports, convinced some listeners that the story of a Martian invasion was real.
Posted by Chuck Wells at 10:43 AM

Orson WELLES was a genius - WELL, so was H.G. WELLS

When you dig more deeply into the scare, you discover that it originated when people tuned in late to the broadcast and came under the impression that air raids - not a Martin invasion - were occurring on the east coast of the USA.

It's pop culture "folklore" that we're talking about here, jstater.

Not facts (but, I was aware of that bit of info).