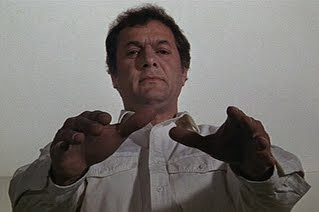 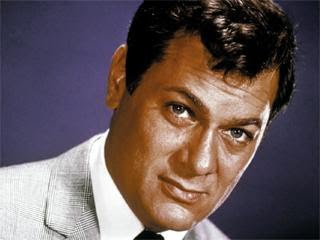 Oscar-nominated movie star, Tony Curtis has passed away at the age of 85. Curtis is best known for romantic leads in humorous movies or dramatic films such as Some Like It Hot, The Defiant Ones, Sweet Smell of Success, Operation Petticoat and Spartacus.
Since this is a comics-oriented blog, the Catacombs would also like to salute Mr. Curtis for a few choice genre roles in classics like Houdini (1953), The Purple Mask (1955; sort of a Scarlet Pimpernel role), The Vikings (1958), The Boston Strangler (1968; pictured above-top), The Persuaders (1971-1972; TV series), The Manitou (1978), and The Mummy Lives (1993).
With his first wife (the late Janet Leigh) Curtis was the estranged father of actress Jamie Lee Curtis (Halloween).
The Catacombs extends its heartfelt condolences to his family, friends and many worldwide fans. They just don't make them like Tony Curtis anymore!
Posted by Chuck Wells at 6:40 PM

God love this man. He was was the only roman (Spratacus) that had the balls to speak with a Brooklyn accent! Rest well.