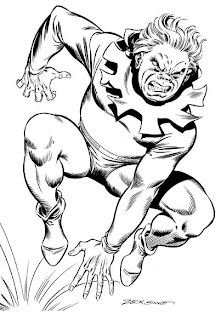 Just in case you're curious, I'm quite happy with the swag that I purchased in Maryland during the Baltimore Comic-Con this weekend. This year I split my budget between original art and a thirty-two issue run of the bronze age series, Conan the Barbarian. I know that you're thinking the new Conan film prompted me to pick those up, but it's just serendipity that I did so at the Baltimore show. I had been meaning to get those for some time. I originally bought Conan comics way back when, but had more black & white Savage Sword of Conan issues than the mainstream monthly color series.
I have to thank art dealer Jim Warden for my purchases of three nifty pages of original John Byrne art from his Marvel: The Lost Generation limited series and the acquisition of a huge (14 x 21) original sketch of the mutant villain, The Toad, by Mike Zeck and Joe Sinnott. Jim also brought me two great sketchbooks by Byrne & Zeck. I bought a terrific pin-up book from Joe Linsner, plus a Seven Deadly Sins portfolio (featuring Dawn) also by Linsner. I got additional sketchbooks from Frank Cho, Stan Sakai and José Luis García-López, too. 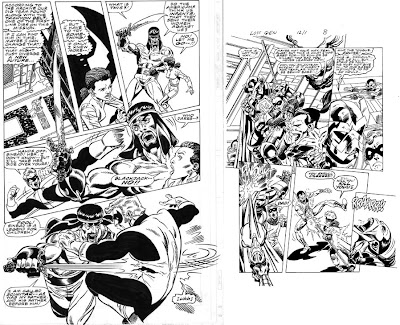 I picked up an Alan Moore written mini-series from Avatar Press called "Neonomicon", that is a bit freaky-deaky. I also bought the massive "Lost Girls" hardback by Moore and Melinda Gebbie, that casts storybook characters Dorothy (Oz), Alice (Wonderland) and Wendy (Peter Pan) in a very mature context.  Adding to the adult vibe that I succumbed to in Baltimore, I was able to walk out with a DVD of "Batman XXX", which I'm told is a real "hoot", and the same new found friend set me up with DVD copy of the failed Wonder Woman TV pilot from earlier in the year. I've already watched that, and in my humble opinion,  the network in question (ABC) made a mistake in not picking up the new series option. Adrianne Palicki was wonderful as Wonder Woman, and surprisingly I liked what they had intended to do, if the show had gone to series. Bummer! 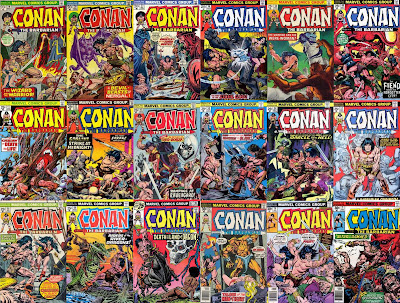 There may have been a few more odds and ends that I've forgotten, my brain is still a bit mushy from the late night drive, and that's all that I can recall for the moment. So, eat your hearts out! 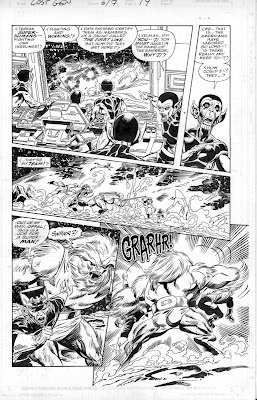 Woah nice haul! I will show my wife this so that knows people buy more comics than me. Ha.