Folks, I'm in Maryland on the eve of the Baltimore Comic-Con, semi-wasted from too much beer and really impressed by the luscious babes in this city. This weeks selection is Alessandra Ambrosio, but you will have to wait for more info on her. I will update this post with more of that, plus a couple of additional photos when I get back to the Carolina's.
[Update: 8/22/11] She's a smoking hot (obvious, right?) Brazilian model. Ms. Ambrosio is best known for her work with Victoria's Secret and she is currently one of the Victoria's Secret Angels; plus modeled for brands such as Next, Armani Exchange, Christian Dior and Ralph Lauren. Aside from modeling work, Alessandra serves as an ambassador for the National Multiple Sclerosis Society. 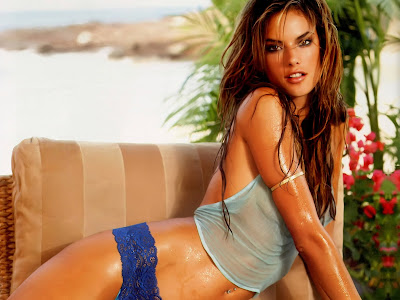 She had a cameo in the hit box-office movie, Casino Royale appearing briefly as Tennis Girl #1. Ambrosio guest-starred on an episode of "How I Met Your Mother" with her fellow Victoria's Secret Angels Adriana Lima, Selita Ebanks, Marisa Miller, Miranda Kerr and Heidi Klum. 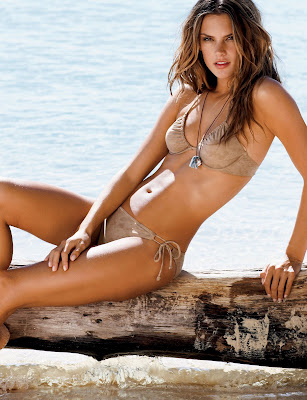 fuck to the yeah! she is awesome!