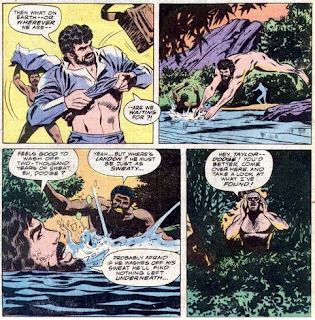 
During 1975, Marvel also released “Adventures on the Planet of the Apes” which offered fully colorized versions of their adaptations of the first two films in five or six issue arcs running for a total of 11 issues. The stories from the U.S. editions were also edited and released under the Marvel UK banner for a weekly title lasting 123 issues from 1974 to 1977.
Posted by Chuck Wells at 11:49 AM