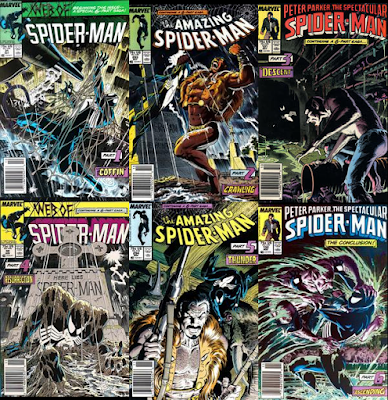 It wasn't entirely novel; DC had already spent a few years telling the same storyline by between Batman and Detective Comics, essentially treating those two titles as a twice-monthly comic. I see that as the forerunner to what DC later did with the Superman books (and their "triangle numbering").