I generally have a spotty history when it comes to acquiring original artwork, sketches and commissioned illustrations from comic book artists. For the most part this tendency manifests itself as a streak of “bad luck” or more accurately, near misses. I’m the guy who is next in line behind a lucky fan who receives a really awesome illustration, only to get what seemingly is nothing more than a quick knock-off sketch. Sometimes I’ve found a grail page of original art immediately after burning through my planned budget at a show, or arrived on scene moments after somebody else had purchased it. There are moments however, when the wind blows my way. While in attendance at the Inkwell Awards panel at Saturday’s Heroes Convention in Charlotte, NC, it was my turn at bat.

A piece of artwork that I had seen on Facebook before the convention, was included in a post-awards auction to raise funds for the organization, and I somehow managed to walk away with it. The pictured sketch (below) of Kobra, a DC Comics character that first appeared in Kobra #1 (February 1976); and co-created by the late Jack Kirby, had appealed to me the first time that I had seen it. The illustration by artist Michael Netzer was previously published in The Jack Kirby Collector #56. Although I was familiar with some aspects of this artists life, after researching his career, I realized that he would be a fascinating subject for today’s post.

Michael Netzer is an American comic book artist born in Detroit, Michigan to parents of Lebanese descent. He met Neal Adams at a convention and then relocated to New York for a job at Continuity Studios in 1975; after which he became known for his work on DC Special Series, Superboy and the Legion of Super-Heroes, The Huntress and World’s Finest Comics for DC Comics, Savage Sword of Conan, and a Web of Spider-Man Annual for Marvel Comics. Additionally, he has maintained a diverse online presence espousing his theories on superhero mythology and the role it plays in cultural evolution since 2004. 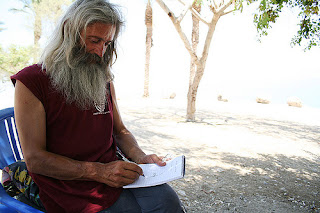 By the summer of 1981, Nasser all but disappeared from the American comic’s scene, and had returned to his family’s childhood home in Lebanon. His return to the Middle East was deeply rooted in Michael's continued research of religion. Planning to spend a short time in Beirut before continuing to Israel, he became entangled in the June 1982 Israeli military incursion into Lebanon where he eventually escaped the war-ridden country in August 1983, by taking a hired taxi-cab across the Lebanon-Israel border. Upon reaching Israel, he studied the Hebrew language within several kibbutzim before settling into the West Bank settlement of modern orthodox Jewish Ofra, where he also changed his last name from “Nasser” to Netzer.
Not one to rest on his laurels, Netzer was instrumental in producing Israel's first super hero color comic book "Uri-On”, with partners Jonathan Duitch and Yossi Halpern, in 1987 and his controversial choice of residence in the occupied West Bank has also provided a platform for the artist to appear on television talk shows, receive varied media coverage and give lectures on the comic book medium as a tool for advancing a peaceful solution to the Arab-Israeli conflict.
In 1991, Netzer returned to New York to again work with Neal Adams at Continuity Comics, but they fell into a dispute over the intellectual property rights to Ms. Mystic, a character they had worked on jointly in 1977. In 1993, Netzer filed a lawsuit against Adams in New York Federal Court, but the case was later dismissed citing the statute of limitations. Nasser apologized to Adams for this action in 2004 and he has since continued to work for a variety of comic book publishers. 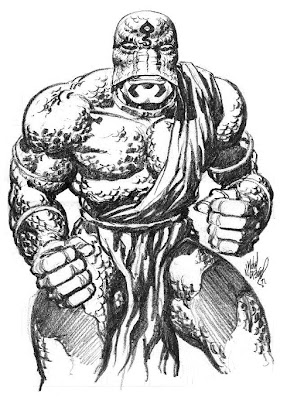 In early 2011, Netzer launched a campaign called “Save the Comics”; to bring public attention to the decades long sales slump for printed comic books. This initiative came on the heels of his participation in an industry-wide debate on a revolution in creator owned properties.
Posted by Chuck Wells at 1:33 PM