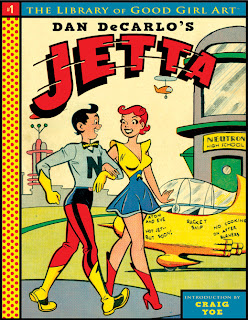 Nothing really helps alleviate the inevitable post-convention blues, like a stack of classic comics. As best as I can recall, the silver and bronze age books pictured below were added to my collection at Heroes Con in Charlotte on Saturday. Doctor Strange #1, Green Lantern/Green Arrow #77, Justice League of America #100, Marvel Feature #'s 11 & 12, Marvel Team-Up #1, Marvel Two-In-One #1, Superboy and the Legion of Super-Heroes #205, 207-209, Swamp Thing #1, X-Men #105 & 108. I may have bought a few more issues, but since I also took some stuff from the same vintage with me to get signed by guys like Neal Adams, Jim Starlin and Bernie Wrightson, I may have forgotten a couple.
I also picked up three volumes of Fear Agent from artist Tony Moore and I'm enjoying reading those quite a bit, having passed on the series as a monthly. I found a great half price deal on the IDW/Yoe Books "Dan DeCarlo's Jetta" which collects for the first time since the 1950's the complete adventures of Jetta, DeCarlo's futuristic "Teen-Age Sweetheart of the 21st Century". The hard cover also features a bevy of rare unpublished original art and photographs; plus Jetta pinups by top comic book artists and animators. 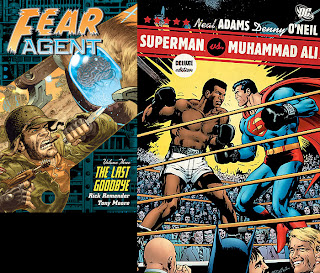 Additionally I grabbed the deluxe edition of the 1970's classic, Superman vs. Muhammad Ali directly from artist Neal Adams (signed of course). All of these fine, fun books make great reading material to help take away the sting, now that this years show is a thing of the past. 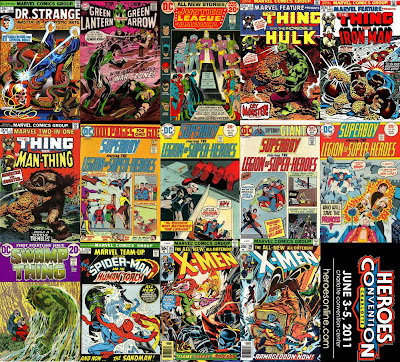