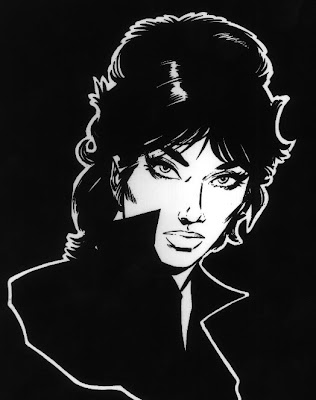 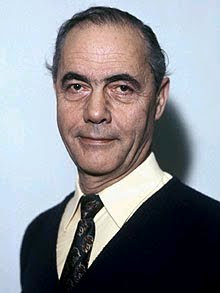 I had intended to post this yesterday and then fell victim to the joys of Cinco De Mayo.

Sadly the creator of Modesty Blaise, the female adventurer whose exploits were chronicled in the London Evening Standard's celebrated cartoon strip for almost 40 years, Peter O'Donnell has died at the age of 90.
In 1962 O'Donnell conceived Modesty as a former criminal, the retired head of an organization known as The Network, who (often at the behest of British Intelligence) now used her knowledge and formidable combat skills to help those oppressed by evildoers.
Modesty's feminine charms attracted male readers, but her independence and sexual autonomy also rapidly made her a role model for young women, especially those seeking to have careers of their own. Modesty Blaise seemed to catch the mood of the changing times.
O'Donnell took some trouble to think up a practical garment for her to fight in, and was quite pleased with his solution of all-in-one stockings and knickers, such as might be worn by a principal boy; but he was only a step ahead of fashion, and soon all women were wearing tights.
Another sign of the modern age was the relationship between Modesty and her lieutenant, the cockney avenger Willie Garvin. Though theirs was a partnership of equals, it was one in which Modesty – Garvin's "Princess" – was always the leader (and never his sexual playmate).
The Catacombs expresses its sincerest condolences to Mr. O'Donnell's family, friends and many worldwide fans.
Posted by Chuck Wells at 3:28 PM