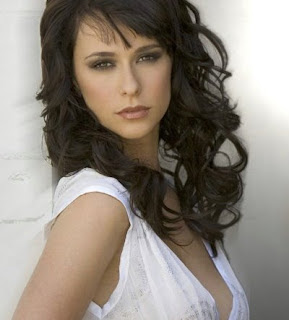 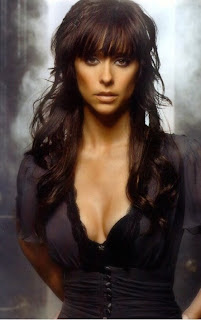 Ghost Whisperer is a tv fantasy-thriller that premiered on CBS in 2005. The series was created by John Gray. It stars Jennifer Love Hewitt, David Conrad, and Camryn Manheim. Ghost Whisperer airs on Friday nights at 8/7c.
The title is a reference to lead character Melinda Gordon (portrayed by Jennifer Love Hewitt) who lives in the fictional town of Grandview, along with her husband Jim, and has the ability to see and communicate with the dead. Although initially the show seemed somewhat akin to such prior series as Highway to Heaven & Touched By An Angel, whose premise had supernatural characters aiding the living. Ghost Whisperer pulled a reversal on this theme and has Melinda Gordon assisting lost or confused spirits in the afterlife in “crossing over” to an eternal existence. No surprise when you consider that actual spirit communicator James Van Praagh is a co-executive producer on the series.
During its second season, the show took a darker turn by establishing an opposing evil force that attempts to prevent Hewitt’s character from fulfilling her other worldly calling. If you haven’t seen the show, it is definitely worth a look and maybe you’ll find something that will entertain you. And now for a brief word about Jennifer Love Hewitt …. HOT-AS-A-PISTOL! If Jennifer suffered from loose morals and poor taste; then buddy, I’d be in life Flynn. Sadly, the universe hasn’t seen fit to throw the two of us together. I am sure our love would be one for the ages, or that's my story and I'm sticking to it!
Posted by Chuck Wells at 8:32 AM