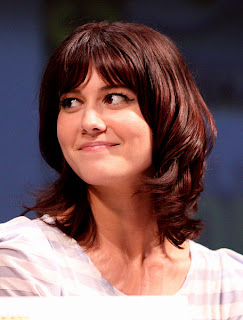 Actress Mary Elizabeth Winstead is best known for her scream queen roles in horror films such as Final Destination 3, Black Christmas (2006), Death Proof and The Thing. I should have done a review for the last of those films, since it is still fresh at the box office. The Thing (2011) is actually a prequel to director John Carpenters 1982 version, which itself was an updated take on the 1951 sci-fi classic, The Thing From Another World (all based on writer John W. Campbell, Jr.'s original 1948 short story, "Who Goes There?" ). 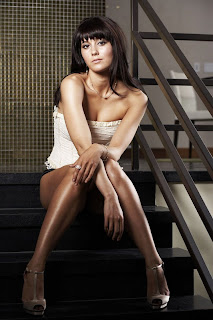 Winstead is also a native of my own home state of North Carolina and you've just gotta support the home town crowd. While she has become a solid genre girl, her other film credits include Sky High, The Ring 2, Live Free or Die Hard, and she will be featured as Mary Todd Lincoln in the upcoming Abraham Lincoln: Vampire Hunter (based on the alternate-history fantasy novel). Plus, she is now inducted into the Catacombs as this weeks "gal" Friday choice.
Posted by Chuck Wells at 2:44 PM

What, no mention of her role in Scott Pilgrim? I'm SHOCKED, sir! ;)

Man, that is fricking hilarious. I actually had that film listed, but somehow managed not to include it.

All that I can say is that its absence must have been somewhat subliminal on my part. For all the critical acclaim that Scott Pilgrim has earned among geek-centric critics, I absolutely hate that damn movie. Michael Cera and Ms. Winstead's welcome presence notwithstanding, that is one dog shit, crummy flick, and as far as I'm concerned one of the worst movies ever made.