Editorial Diatribe from the Catacombs: Racism 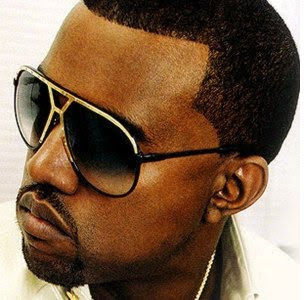 Last night at the VMA Awards show rapper Kanye West opened his mouth in an inappropriate manner. This wasn't the first time that this performer acted out in public, and it won't be the last.
Nineteen year old country music singer Taylor Swift, one of several nominees for "Best Female Video", won her first VMA statue. Literally as she began making her acceptance speech, West appeared from the wings and took the microphone away from her, announcing that Beyonce had made one of the best videos of all time. The insulted and embarrassed Swift was unable to complete her remarks.
In your mind, switch the circumstances and swap West for any white performer and Swift for any black performer and you will have some idea of what this event really equates to. Just imagine the long months of lectures that this country would have to endure for a single idiots bad attitude, and you will be able to put it in its proper perspective.
Now watch as the media and the usual apologists for Mr. West soft-pedal this nasty business under the rug, but make no mistake. Kanye West is one of the faces of racism in America.
And he chooses to be.
Posted by Chuck Wells at 7:27 AM

I don't know if I'd call it racism but it certainly is Show-Your-Assism! What a jerk!

What an odd thing for West to complain bout. Beyonce may be the most overexposed artist since Madonna, constantly shilling ads on TV and on the millions of fashion magazine covers, etc. I wish she'd go away and him, as well.

I quite agree that a white man would have been accused of racism had he done this to a black woman who was in contest with a white woman. But that hypothetical accusation, however popular, might be mistaken. Returning to the actual case, I think that we could at least imagine Kanye West having done this to one black woman in contest with another black woman. While quite it's plausible that race played a factor here, it's not nearly so certain as is the more general proposition that Kanye West is a jackass.

This is the very type of statement that I was alluding to in making my remarks about this incident.

Few people would actively assume this "jerk behavior" if the alternate scenario that I suggested had occurred.

I've also heard numerous radio dj's "reaching" for any explanation that doesn't peg West as being racist in his action - and that is the point.

Any celebrity that tends to make caustic remarks and who happens to be black, gets a free pass. The opposite is immediately jumped on by ALL parties as racist in nature, even if human nature suggests otherwise. We all can be assholes from time to time, but I've seen Kanye West get instantly defensive on behalf of blacks in general before, and that's not counting his past gross overeactions to perceived awards slights.

If it had been any other number of Black performers, I would concede your point. For instance, if a hip hop artist known for his professionalism, like LL Cool J popped up there, you would have to wonder where that outburst came from. However, Kanye West has a LOOONG history of egomania and a tendency to indulge in childish, boorish behavior. Even if Kanye had said something to the effect that "C'mon, MTV, a COUNTRY artist, please?" I might be able to see how his actions were racist in origin, as that statement might imply that a musical form dominated by White artists was somehow unworthy of the award.

Also, I haven't seen any soft pedaling or equivocation from anyone, including the Black community. EVERYONE agrees Kanye's actions were disgraceful and inexcusable. If anything, Black folks are even more attuned to the optics of a Black man leaping onstage and verbally accosting an attractive blonde teenager.

Kanye West has demonstrated time and time again that he IS a loudmouthed jerk who thinks the world revolves around him. If something doesn't go his way, he throws a tantrum and whines loudly and publicly. I think instead of ascribing racism as the underlying reason for his actions, in this instance, it is best to apply the principle of Occam's Razor: Sometimes the best answer is the simplest one.

Jay the only real point that I am making is that most of the criticism of West that stems out of this incident is of the the, "He's an asshole, or He's a rude bastard or He's a shameless self promoter" variety.

That certainly would NOT be the case if the roles were switched as I suggested.

I still have to respectfully disagree that all famous Black people escape such charges of racism or prejudice. Actor Isaiah Washington, formerly of "Grey's Anatomy" was justifiably labeled a homophobe after his shouted slur at his castmate T.R. Knight. Jesse Jackson still bears the stigma of being anti-Semitic from his infamous statement about New York City over 25 years ago. Michael Jackson was also rightfully criticized for using a similar anti-Semitic slur in the song "They Don't Really Care About Us." He even tried the old "Some of my best friends are..." routine by citing his work with director John Landis. Sometimes even innocuous statements by African-Americans can be viewed as racist. During the 2008 Presidential election, then-Senator Barack Obama was raked over the coals by the conservative media for nearly a month after relating an innocent anecdote involving his White grandmother. How a biracial man could be racist toward the woman who raised him still confuses me...

Again, Kanye's actions were inexcusable, but I don't think people are making the connection that they were inherently racist, because it is a rather large leap to make. If you make the assumption of Kanye's racism based on his statement about George Bush following Hurricane Katrina, this incident was also another example of Kanye West's astoundingly poor judgment. Like the VMAs, the telethon was the wrong venue to do such a thing, and secondly, I believe George Bush DID like Black people, evidenced by his friendship with Dr. Condaleeza Rice. President Bush's inaction had little, if anything, to do with his disdain of African-Americans, he was just a stunningly bad president.

Based on the large body of Kanye's work, from "Gold Digger" to the video for "Good Life," it would be easier to assume that Kanye West's verbal assault of Taylor Swift was caused by his rampant misogyny since he has a history of disrespecting women in his songs. Ironically, in this case, Kanye West's general jackassery in the past probably even insulated him from this charge.

Those are all reasoned statements, Jay. I've been surprised by the number of comments and emails that I've received in response to this post.

I don't disagree with anyone so far, but how the media spins incidents like this is "key" to me. I remain of the opinion that if a caucausian performer had done this to an african-american performer, the dialogue and response would certainly not have included comments about his ass-holery or misogyny or jerkish behavior, and simply skipped right to racism.

I mean former President Jimmy Carter has summed up the struggle over President Obama's struggling healthcare initiative (and other matters) as nothing more than 'white racism' and that is a frighteningly cavalier attitude for a renowned public figure like Jimmy to adopt. Political posturing on is part,sure, but the damage such a charge can lead to and how far away from the the real issues the media takes it, is what really matters.

Chuck, you'll just make yourself heartsick if you dwell upon the difference between the sorts of public policy discussions that should be hosted by the major media and those that we do and will have.

As to the race card, from a pure practical perspective, it has been grotesquely over-played; it may rally a sort of True Believer, but its principal effect now-a-days is to alienate moderates.

When people unconvinced or weakly convinced heard or read of Jimmy Carter's charge, they became more skeptical of these programmes. In effect, moderates ask “Is this bullshit the best argument that you have for these programmes?”

Former President Jimmy Carter grew up in the heart of the deeply segregated South in the early part of the 20th century. He knows from racism. As a former US President he understands that his words carry tremendous weight, so I'm certain that his decision to inject himself into the current political maelstrom was anything but cavalier.

President Carter's statement did not indicate that any criticism of President Obama's health care initiative was de facto racist. He objected to the TONE of the rhetoric. There is no policy debate on healthcare coming from the right, just ad hominem personal attacks against Barack Obama to undercut his legitimacy as President of the United States. Remember a few years back when ANY disagreement with President Bush was tantamount to treason? Remember the clarion cry of the right that "You can't criticize the President while troops are in harm's way?' I disagreed with this, because it is antithetical to the 1st Amendment, but I was curious to see if the conservatives would hold that position when a Democrat controlled the Executive Branch. Well we went from a moment in time when a singer's career was destroyed for stating she was "ashamed the President is from Texas," to a time when people bring assault rifles to health care debates.

During the general election, and even today, President Obama had to prove to a segment of society that he was "American" enough to be President. The birthers scream that he wasn't born in this country, which is demonstrably false, but John McCain was born in Panama. Sure it may have been on a military installation, but that is leased land that is not part of the United States. Do you think there would have been the hue-and-cry from the birthers if he became President? I think you know the answer. President Carter's issue is that there are elements of the conservative leadership who are whipping a small, but very frightened element of the conservative right into a potentially dangerous frenzy by appealing to their worst instincts.

I believe that I would prefer to step away from additional debate on this one folks.

It is skewing too far afield from the basic comment that I originally made that this minor media incident would have been spoken of in an entirely different tone if the roles of the players were reversed.

Take it or leave it, but this one is done!