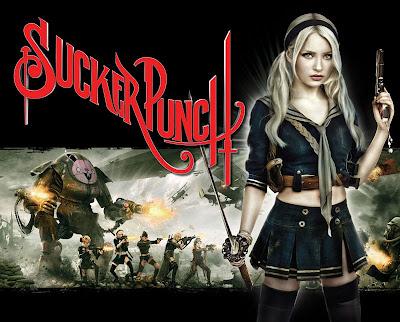 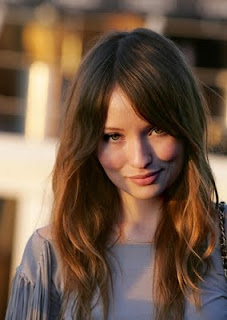 Twenty-two year old Australian actress Emily Browning seems to be making a career out of stepping into roles vacated by other name talents. She first gained notice in the film adaptation of Lemony Snicket's A Series of Unfortunate Events, in which she played Violet Baudelaire. During filming, Browning was terrified of being fired for breaking character to laugh at co-star Jim Carrey's jokes. She was later cast as "Baby Doll" in Zack Snyder's upcoming action film Sucker Punch as a replacement for Amanda Seyfried, who dropped out due to scheduling conflicts. Browning has also recently signed on to play the lead in director Julia Leigh's upcoming Australian/independent film Sleeping Beauty, replacing her friend and fellow young Australian actress Mia Wasikowska, who was already committed to a Jane Eyre remake.
Browning herself earlier passed on what may have been a very lucrative role when she declined the part of "Bella" in the Twilight film franchise, despite an endorsement from original series author Stephenie Meyer. Sucker Punch is a blend of diverse genre tropes, sexy chicks, big guns and explosions. Toss in zeppelins, Nazi's, zombies and samurai and you have all the makings for one of this years wildest cinematic rides. It helps to have a smoking hot Aussie on hand too, so Ms. Browning easily earns the nod as this weeks "Gal" Friday selection.
Posted by Chuck Wells at 1:30 PM

Wow, what a classic beauty. Talk about killer bone structure! What cheekbones. Plus, for an added dose of absolute chiller cool, she took a pass on the the Twilight nonsense!

She can do no wrong in my eyes for this alone. That move will prove wise as time passes.